Jeff Jacoby
|
Posted: Jan 07, 2016 9:55 AM
Share   Tweet
The opinions expressed by columnists are their own and do not necessarily represent the views of Townhall.com. 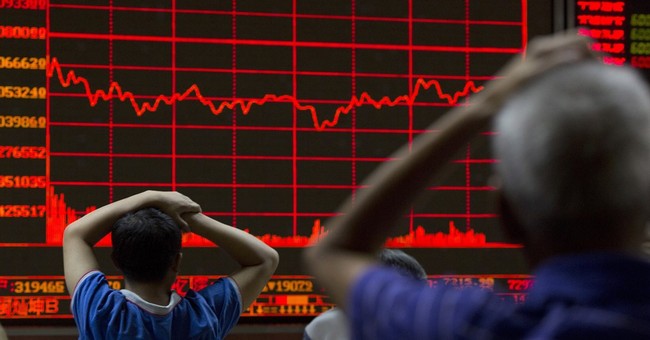 Even in boom times, any president can expect candidates from the opposing party to subject his record to pitiless scrutiny. The economy under Barack Obama isn't exactly filling voters with confidence, so it's not surprising that presidential hopefuls are pretty severe in their critique.

Listen to the kinds of things being said as candidates assure voters that they understand how shaky the economy is, more than six years into the current recovery.

"Our middle class is shrinking," one candidate warned during a debate. "Our poor families are becoming poorer, and 70 percent of us are earning the same or less than we were 12 years ago. We need new leadership."

Another candidate scorned the administration's happy talk about unemployment falling to just over 5 percent. "What they forgot to tell you," he told an audience, "is that statistic doesn't include those people who have given up looking for work, those people who are working part time. Add it all together and real unemployment is over 10 percent."

Politics being what it is, nobody is surprised when Republicans harshly judge Obama's handling of the economy. But wait — those quotes come from Democrats. That was former governor Martin O'Malley lamenting that wages haven't improved in 12 years. It was Senator Bernie Sanders pointing out how bad the jobless numbers really are. With the exception of Hillary Clinton, who told the Boston Globe that she would give Obama an "A" and "the credit he deserves for saving our economy," candidates across the spectrum have acknowledged how threadbare this recovery has been.

The Great Recession formally ended in June 2009, just five months after Obama's inauguration. Nevertheless, polls repeatedly find that large swaths of voters believe the US economy is still suffering from recession. They may be wrong on the technical definition. But they aren't nearly as wrong on the essence of the matter as the president, who insists the economy is coming up roses.

"The economy, by every metric, is better than when I came into office," Obama told Jon Stewart during his last appearance on "The Daily Show." Even PolitiFact, which no one has ever accused of leaning Republican, rated that whopper "Mostly False."

In truth, a depressing array of "metrics" shows an economy that has yet to get back on its feet, notwithstanding the unprecedented sums spent by Washington in the form of "stimulus," bailouts, and gargantuan budget deficits.

Six million more Americans live in poverty today than when Obama was elected. Median household income (in real dollars) was no higher at the end of 2015 than at the end of 2007. The labor force participation rate — the share of working-age Americans who have a job or are looking for one — has

It should have been one of the strongest.

In America, the historical pattern has always been that the deeper the recession, the stronger the recovery that follows. After a severe recession like the one Obama inherited, the economy should have come roaring back faster than usual, quickly regained what had been lost. This isn't after-the-fact wisdom: It is what the administration itself predicted at the time. Far from anticipating the limping slog of the last seven years, the White House confidently forecast an economic recovery that would feature robust GDP growth of 4 percent or more. It never came close.

More Americans would be working, paychecks would be larger, and public confidence would be sturdier if the economy had bounced back as vigorously as expected. Obama thought he had a better way to fix a recession. Turns out he had a worse way. Live and learn, voters.