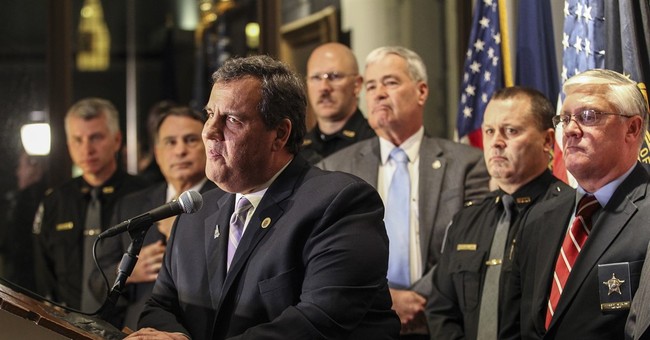 THE UNION LEADER, New Hampshire's largest newspaper, endorsed New Jersey Governor Chris Christie for president over the weekend, calling him "the one candidate who has the range and type of experience the nation desperately needs." The endorsement got a lot of coverage; news reports routinely characterized the Union Leader's seal of approval as "coveted" and "influential."

But that "coveted" and "influential" endorsement is usually a leading indicator of a campaign going nowhere. Newt Gingrich won the endorsement in 2012, but went on to lose the New Hampshire primary to Mitt Romney. In 2000, the paper's nod went to Steve Forbes; voters chose John McCain instead.

The Union Leader endorsed Pat Buchanan in 1992, Delaware Governor Pete DuPont in 1988, and Ohio US Representative John Ashbrook in 1972. None won the primary, much less the eventual Republican presidential nomination. In fact, only three times in the past 40 years was the support of New Hampshire's leading paper a prelude to victory in New Hampshire's iconic primary.

To be fair, The Union Leader doesn't claim to be picking winners. Its goal, it says, is to support principled leaders and provide guidance to its readers. Which is presumably what every other paper that plays the endorsement game would say.

But why keep playing that game when there is so little evidence that readers care? Does anyone really imagine that voters look for the imprimatur of an editorial board when deciding whom to support in a marquee election?

This is an issue for newspapers nationwide. In opinion surveys, the lion's share of respondents invariably confirm that endorsements of candidates have no effect on their voting choice.To be sure, there is usually a small fraction of respondents who are more likely to support a candidate endorsed by their local newspaper. But that advantage is neutralized by the comparable fraction who say the paper's endorsement will make them less likely to vote for the endorsee.

When papers openly takes sides in an election, they invariably provoke some readers into questioning their fairness or good sense. It is noteworthy that neither The Wall Street Journal nor USA Today — the nation's two highest-circulation papers — endorses presidential candidates. They decided long ago that they weren't in the business of telling people how to vote. In this day and age, shouldn't every paper follow suit?