Iran Can Buy A Lot of Terror With $100 Billion 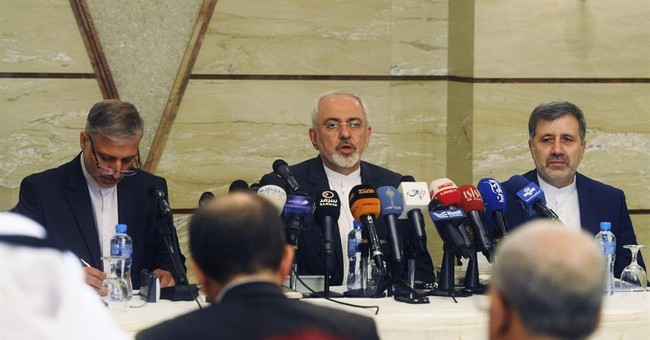 As a US senator and a candidate for president a decade ago, John Kerry couldn't bring himself to worry overmuch about Islamic terrorism. Today, as a secretary of state trying to sell a nuclear accord that would lift economic sanctions from the world's leading state sponsor of Islamic terrorism, he still can't.

During his run for the White House in 2004, Kerry

Ten years later, jihadist violence remains a deadly global reality, much of it fueled and financed by the Islamic Republic of Iran. That is why one of the gravest concerns about the proposed Iran deal is the massive financial windfall Tehran will reap as international sanctions come off. With well over $100 billion in frozen Iranian assets poised to be released, plus some $20 billion a year in new oil revenues, the Iranian regime will be awash with cash — cash it will be free to invest in its lethal proxies.

True to form, Kerry isn't worried. Will Iran's sanctions-relief jackpot mean more money for Hezbollah's terror operations, for the Houthi rebels in Yemen, for Shiite militias in Iraq, for Bashar al-Assad's ruthless killers? "Sure, something may go additionally somewhere,"

The Obama administration has been pushing this line for a while. White House press secretary Josh Earnestexplained in May that it was just "common-sense" that as new funds surge into the regime's coffers once the nuclear deal takes effect, the nation's rulers will "use those economic resources to try to relieve that economic pressure they are feeling."

Oh? Tehran doesn't seem to have gotten that memo.

"We will supply arms to anyone and anywhere necessary, and will import weapons from anywhere we want," Deputy Foreign Minister Abbas Araqchi told Iranian state TV on Monday. "We will take any necessary action to ... help our regional allies to fight."

You'd think that would be blunt enough even for Kerry. But, like the president he works for, the secretary of state has made a career of underestimating the malignance of America's enemies, and of overestimating the amenability of dictators to sweet reason. The ruthless men who control Iran have proclaimed for more than 35 years that their overarching priority is victory in a theocratic struggle that will end with raising "the banner of Islam over the White House," the "annihilation" of Israel, and the end-of-days apocalypse foreseen by the Ayatollah Ruholla Khomeini. In their pursuit of that triumph, Iran's rulers regard terrorism and the bomb as integral; domestic comforts and economic growth are only ancillary concerns.

Iran did not become the world's foremost funder and promoter of Islamist terror — and, directly or indirectly, the murderer of thousands of American citizens since 1979 — by prizing butter over guns. Nor by adhering to international norms and civilized values. That's why its pursuit of nuclear arms is so alarming. It is the unbridled fanaticism of the regime, not the weapons themselves, that underlie the crisis. That fanaticism has not abated in the slightest, and it is almost criminally naïve to act as if Iran's signature on the Vienna deal proves the contrary.

In a recent PBS interview, Kerry was asked about widespread apprehension that Tehran will use the tens of billions of dollars coming its way in sanctions relief to unleash new bloodshed through Hezbollah and other terror groups.

"Well, we're going to clamp down," Kerry replied. "They're not allowed to do that." Why, he said, UN resolutions "specifically" forbid Iran from transferring assets to Hezbollah.

Uh-huh. And as everyone knows, Iran is scrupulous about complying with UN resolutions.

It must make Tehran's terror masters chortle with disbelief when they hear such inanities from the mouth of the secretary of state. But there is nothing funny about the carnage the Vienna agreement will unleash. It may be a while yet before Iran gets its nuclear weapons. But $100 billion is coming its way, and with that kind of money, you can spill a lot of blood.