We Have the Right to Cultural Preservation

Jeff Davidson
|
Posted: Jul 27, 2020 12:01 AM
Share   Tweet
The opinions expressed by columnists are their own and do not necessarily represent the views of Townhall.com. 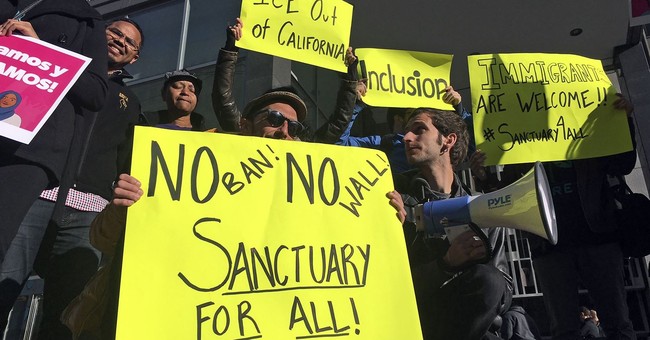 As a by-product of the worldwide virus, the flow of migrants between nations, for now, has slowed to a trickle. Still, the presumption that anyone who seeks to control immigration, and to maintain the key facets of their culture, is automatically racist or xenophobic is beyond absurd. In 2015, Europe received one million migrants on top of a massive influx that had already arrived.

The 500 million population of Europe can, perhaps, absorb such waves but many communities are unduly impacted. One long-standing community in Germany, totaling 102 people, braced for 750 asylum seekers.

This bureaucratic blunder represented nothing less than the desecration of that town's mini-culture. As the New York Times reported, “The influx is testing the limits of tolerance and hospitality.” In essence, those who don’t have the background, language, or customs of the long-standing villagers, or even any empathy for them, de facto were granted the capability to overrun the town.

What terms are there for such cultural destruction? Who said that wanting to keep things relatively the same is an evil human characteristic? Do the Japanese not wish to maintain their culture? Or Thais, Finns, or Ethiopians?

Going back three generations, Turkish immigrants invited to Germany as workers have not assimilated, and if anything, have grown more apart from the surrounding host culture. Did Germany seek this? In massive enclaves both in North America and throughout Europe, particularly Denmark, Sweden, England, and France, little assimilation is occurring. Many immigrants make meager or no effort to learn the host language. Many do not adhere to the quintessential values of the existing culture.

In the United States, was it reasonable to go from 9.1 million Hispanics in 1970, to 35.3 million in 2000, to 61.0 million today (of which 15.7 million are illegal)? Suppose they’re all good people and productive citizens who make a solid contribution to society: Their sheer numbers contort society and we never had the chance to vote on the issue.

With refugees flooding Maine, did the state's citizens choose to have a mini-culture of Somalis? In limited numbers, such immigrants certainly can add character and flavor to communities. In overwhelming numbers, they swamp the culture, often in undesirable ways, leading to cramped schools, higher crime, and bursting budgets.

One could make the argument as Arthur C. Clarke did in Childhood's End, a science fiction book no less, that in the future all countries would be hosts to all types of immigrant populations because assimilation around the earth was inevitable. When such assimilation occurs over 200 to 300 hundred years, existing norms and structures can endure. When it happens within a matter of weeks or months, and even years, it has proven to be too fast, depending on the numbers.

In California, where Hispanics now outnumber Caucasians, income and education levels have not risen in 50 years. As “politically incorrect” as it is to say, Hispanics do not populate the high honor roll or even honor rolls of integrated high schools. They are not in AP classes, and they do not go on to top colleges on par with their Caucasian classmates.

It would be nice if Hispanic academic ascension was on par with that of other students, but Los Angeles Times research on three generations of Hispanic students shows this is not taking place and tremendous disparity still exists. One can offer a variety of assertions about socioeconomic status and so on, but after 50 years, the results speak for themselves. While California was not flooded overnight, the larger culture has nevertheless been irrevocably altered.

What society does not have the right to protect its culture, and to bar those who would not assimilate or respect the laws? The zeal with which some people support unbounded, uncontrolled immigration prompts others to think that they are insane.

The immigration zealots issue off-the-mark bromides about “melting pots” and “nation of immigrants,” but they do not understand the short as well as long-term ramifications of flooding societies with people from different cultures who, in many cases, will never assimilate. This is cultural suicide and the phenomenon confounds those to the right of center.

Some people, left and right, regard unfettered immigration as pure madness. As a U.S. citizen, if you do not have any say in preserving your local culture, as well as American culture in general, what is the point of being a citizen?