Jeff Crouere
|
Posted: Sep 17, 2016 12:01 AM
Share   Tweet
The opinions expressed by columnists are their own and do not necessarily represent the views of Townhall.com. 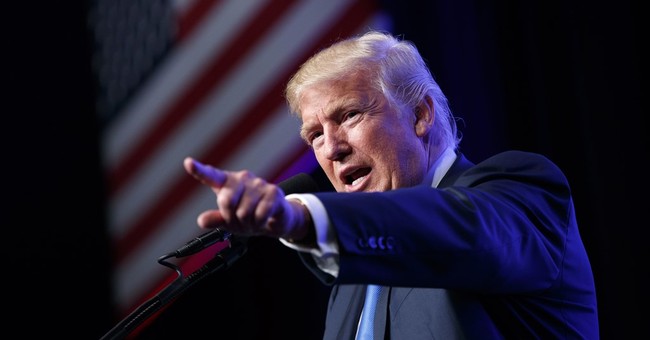 At this point in the race, as his poll numbers are surging and Hillary Clinton is dealing with the negative fallout over her health scare and continual lying; only the media can stop Donald Trump from being elected the next President of the United States.

The media will have multiple opportunities in upcoming debates, featuring mostly liberal moderators. In fact, in an interview this week with the Washington Post, Trump questioned the impartiality of CNN’s Anderson Cooper. According to Trump, Anderson is “very biased, very biased. I don’t think he should be a moderator.” Trump also said that Cooper cannot “be fair” and that “CNN is the Clinton News Network.”

CNN is just like the other networks, tilted to the political left. Only Fox News has true ideological balance.

Thus, it is no surprise that Americans have a very dim view of the news media. According to a new Gallup survey, only 32% of Americans have a fair or great deal of faith in the news media to “report the news fully, accurately and fairly.” Among Republicans, it is even worse with only 14% expressing a belief that the media is fair. These are the lowest media ratings in the 44 year history of the Gallup survey, dropping eight points in just one year. In the view of Gallup, these dismal results are “a stunning development for an institution designed to inform the public.”

The problem is that the media does not inform; they mostly try to persuade. For example, Republicans have certainly noticed how horribly the media treats Donald Trump and they obviously do not like what they see.  Among Democrats, there is much more support for the news media with 51% expressing faith in their work. Democrats obviously appreciate how the media has covered for Hillary Clinton on so many issues.

In the last week, a video showing Hillary collapsing and being dragged into her van forced the mainstream news media to reluctantly cover Hillary’s health problems. Previously, it was viewed as a major conspiracy theory pursued by suspicious websites and crazy Republicans. The media prefers to focus on Trump controversies and found a new one this week, the President’s birth certificate, to drag back into the spotlight.

In an interview with the Washington Post, Trump was questioned about whether he accepts that Obama was born in Hawaii. Of course, with so many important issues facing the nation, it is amazing that Trump would be asked about an old controversy. It was another media trap set to destroy Donald Trump.

Today, Trump handled the event masterfully by first introducing military heroes who endorsed his candidacy. He only addressed the birth certificate at the very end of the event, but only after getting the media to cover his powerful endorsements. This is exactly what happened during his highly anticipated immigration speech in Arizona. He used it as an opportunity to show endorsements from “Angel Moms,” parents who suffered the loss of a child due to the criminal actions of an illegal alien.

For the next few days, the media and their favored candidate will try to trumpet the birth certificate issue as another way of calling Trump a racist. Hillary Clinton said that the debate shows “bigotry and bias” and that Trump owes the President “an apology.” These attacks are only the beginning as Hillary and the media will join forces in an attempt to sidetrack Trump’s momentum in the polls.