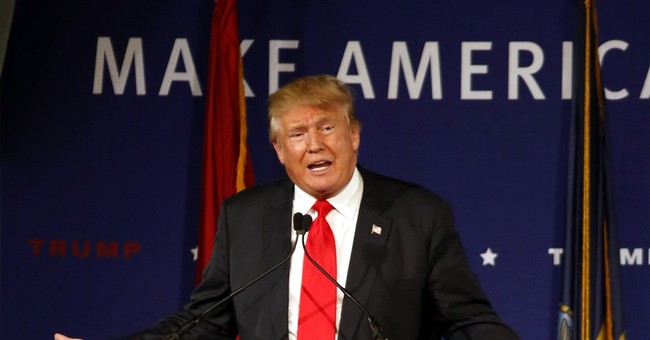 With the Iowa caucuses getting closer and Donald Trump continuing to lead in the polls, the Republican Party power brokers are getting desperate.

It certainly looks like the GOP establishment will stop at nothing to wrest the party's nomination away from Trump. On Monday night, a group of moderate insiders met with Republican Party Chairman Reince Priebus and Senate Majority Leader Mitch McConnell. They discussed the possibility of a brokered convention in Cleveland next July if Trump swept through the primaries with a delegate lead. The hope among the establishment is that the moderates will unite behind a candidate like Jeb Bush to defeat Trump in a one on one match-up.

It is quite ironic that these political insiders are plotting a brokered convention since there has not been a dramatic Republican convention since the 1976 showdown in Kansas City between President Gerald Ford and conservative challenger Ronald Reagan. After Reagan's two terms, the establishment has controlled every nomination process until this one.

Of course, the only reason for this urgent meeting is that the establishment desperately wants to defeat Trump. They truly cannot stand the notion of a nominee like Trump who is a straight talker and is politically incorrect. More importantly, these insiders can't control Trump for he is a billionaire who doesn't need their money. This is a notion that truly frightens them for if nominated and, heaven forbid, elected President, he could take away their precious hold on power.

Trump is a very different kind of candidate and that upsets the GOP insiders like Priebus and McConnell. Obviously, they are disgusted that Trump is dominating the discussion and the news coverage. The latest controversy involving Trump's call for a ban on Muslims entering the country only generated more media coverage for his presidential campaign. It is also translating into higher poll numbers among Republican voters. In the latest CBS/New York Times poll, Trump leads as the choice of 35% of the respondents, more than double the 16% support received by his nearest competitor, Senator Ted Cruz. Instead of derailing his campaign, the continual stream of media driven controversies only generates more support for Trump.

While the positive poll numbers are currently boosting The Donald, he cannot rest on his laurels, since there is an ongoing plot to dethrone him as the front runner. Thus, he keeps saying that he will remain as a Republican candidate as long as he is treated "fairly." He wants to keep the threat of leaving the Republican Party on the table, as an option.

If Trump does bolt, 68% of his supporters would support him as an Independent, according to a new poll from USA Today/Suffolk University. These results must be very disquieting for the leadership of the Republican Party. Either they embrace Trump and allow him to become the party’s nominee or they try to steal the nomination from him and turn Trump toward a third party run that will likely kill the chances of the establishment's candidate.

The party’s elite also has to contend with another outsider, Dr. Ben Carson. While he is not leading the race like Trump, he is still in the top tier of candidates. Like Trump, Carson has not been embraced by the party's establishment wing. Needless to say, Carson was furious when he learned of the secret Republican leadership meeting. “I will not sit by and watch a theft. I intend on being the nominee. If I am not, the winner will have my support. If the winner isn’t our nominee, then we have a massive problem,” said Carson.

Congratulations to both Carson and Trump for bucking the party leadership and causing them so many headaches. These selfish insiders have done tremendous harm to the GOP and their power base needs to be demolished. Otherwise, it will be the end of the Republican Party, as true conservatives are sick and tired of being used, abused and ignored.