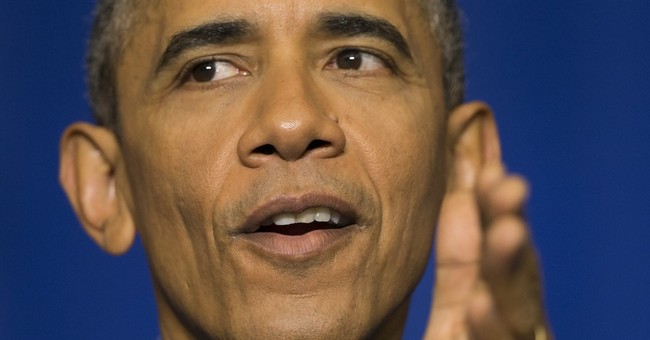 For the past ten years, we have enjoyed a holiday tradition on the Ringside Politics program, bestowing the “Turkey of the Year” award on the most deserving politician or celebrity. While all of the former winners have been worthy recipients, this year’s honoree is the most deserving of all time. No one fits the bill of “Turkey of the Year” more than President Barack Obama.

A few days ago, the President was pardoning official White House turkeys for Thanksgiving. Unfortunately, we cannot pardon Barack Obama for his actions as President. He has presided over the dismantling of our country’s economy and our standing in the world.

Despite the reports of a low unemployment rate and the media hype of a “recovery,” the United States is facing a crisis of confidence among its people. Just last month, the consumer confidence rating plunged to a 15 month low. Experts noted that Americans have a pessimistic attitude about the job market, which is easy to understand when 94.5 million Americans are not in the labor force and there is a participation rate of only 62.5%. In addition, there are 46 million Americans receiving food stamps and 50 million people mired in poverty. These struggling families are having a hard time just paying for basic expenses.

The President’s solution is more government such as the stimulus program which added to the national debt without the “shovel ready” jobs that were promised. Currently, the federal debt is $18.7 trillion, an increase of over $8 trillion since President Obama took office. His signature program, the Affordable Care Act, will add trillions of dollars to the national debt, produce higher premiums and deductibles for Americans and in 10 years, 31 million people will still not have health insurance.

When he is not increasing the size of government, President Obama is expanding the scope of presidential power. For example, the President issued an executive action granting amnesty to 5 million undocumented aliens. Fortunately, this initiative was challenged in court by 26 states and the U.S. Fifth Circuit Court of Appeals upheld a lower court injunction against the executive action. The administration will appeal and the issue will eventually be decided by the Supreme Court. In the meantime, illegal aliens will continue to stream into the country across borders that are not secure.

While the President is not concerned about the dangers of illegal immigration, he is concerned about climate change. His philosophy was reflected at the international conference in Paris, where Obama repeated his claim that it is the planet’s most serious problem. It is not disease, Islamic terrorism, or poverty, but climate change that most worries our President, even though this theory has been debunked by many reputable scientists.

Instead of climate change, President Obama should be fearful of Islamic terrorism, but he will not even name the threat we are facing. He uses the meaningless term “extremism” to label the killers who are targeting “infidels” worldwide. Islamic terrorism has significantly increased since Obama took office. Our biggest enemy, the Islamic State, has not been “confined” as the President stated. Incredibly, he referred to this organization of 30,000 ruthless killers as the “JV;” however, they accomplished what other Islamic terror groups never achieved; take control of territory in Iraq and Syria. In fact, the area occupied by the Islamic State today is larger than the country of Great Britain.

The President’s efforts to stop the Islamic State have been ineffective. According to Michael Morell, former CIA Director, we refused to bomb their oil wells because of a concern for “environmental damage.” With this kind of ludicrous thinking, the United States would have never dropped two atomic bombs on Japan or won World War II.

The President wants to add 200,000 Syrian refugees to our country in the next two years. Most Americans want this program halted, especially after the Paris attacks. Yet, the President claims that critics are worried about widows and children. In reality, all Americans should be worried that terrorists used the refugee crisis to enter Paris and kill innocent civilians and they could do the same thing in this country.

President Obama is an ideal “turkey” and justified winner of this year’s award. Sadly, he has spent a lifetime gobbling down socialist theories, so his ideas amount to nothing more than pure gobbledygook.