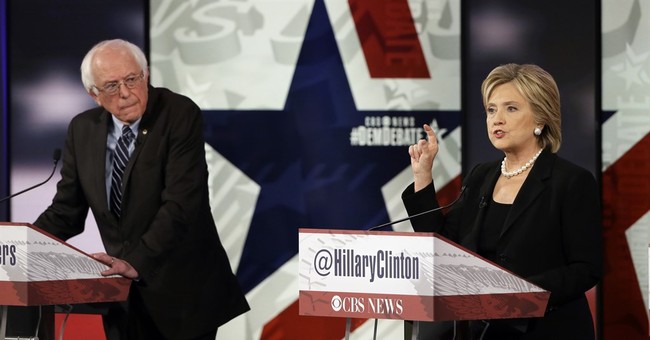 Last Saturday night, 8.5 million Americans had the misfortune to watch three dangerously out of touch liberals debate the major issues of the day during the Democratic Party’s presidential debate. It was another example of how Democrats prefer the fantasy of their liberal beliefs to the true reality we are facing as a nation.

In the immediate aftermath of the Paris terrorist attacks, much of the debate focused on how to respond to the threat from ISIS. Unfortunately, the Democratic presidential candidates are captives of political correctness and refuse to label the threat accurately. They agree with President Obama that the term “radical Islam” is offensive to law abiding Muslims. They prefer the innocuous and inaccurate term “extremism” to identify the string of terrorist attacks being inflicted across the globe.

In Paris, the day before the fantasy land debate, eight Islamic terrorists affiliated with ISIS targeted innocent people, killing 129 and wounding 352. It was a horrific attack on not just the country of France, but on all of Western civilization. It was only the latest in a long string of attacks that have been going on for decades, but started to intensify in the aftermath of the Iranian revolution of 1979.

The deadliest event occurred on September 11, 2001, when 19 Islamic terrorists killed almost 3,000 innocent people in our country. Since that horrible day, there have been thousands of terrorist attacks by jihadists who are committed to the violent overthrow of Western nations and the expansion of an Islamic caliphate.

Despite the lack of terror attacks from people of other faiths, Barack Obama and the Democratic presidential candidates prefer the fiction of labeling these incidents as examples of unspecified “extremism.” It makes them feel good, but does nothing to solve the actual problem the civilized world is facing.

To make matters worse, Democrats want to allow more Syrian refugees into our country, even though the vetting process is suspect. This will exacerbate the problem, but the liberal Democrats are more concerned about sounding tolerant and inclusive. In fact, the President is committed to welcoming 100,000 more Syrian refugees to the United States in each of the next two years, despite the evidence from Paris that Syrian refugees participated in the horrific terrorist attacks. In fact, the ringleader of the Paris attacks used the migrant crisis to enter France and commit jihad.

Thankfully, 31 Governors have now demanded that no Syrian refugees be sent to their states. While their authority on this issue is limited, at least they have started a national conversation. Now, pro-amnesty Republican House Speaker Paul Ryan is advocating a “pause” in the influx of Syrian refugees. Ryan’s change of heart is another indication of how serious this problem has become.

While Americans know the threat from radical Islam, delusional Democrats like Obama, Bernie Sanders and Hillary Clinton are still maintaining their belief that our most serious threat is from climate change. This belief is shared by almost all liberal intellectuals, such as columnist Paul Krugman, who states that “Terrorism can’t and won’t destroy our civilization, but global warming could and might.”

Krugman and his fellow liberals are dangerously wrong and their adherence to this environmental religion could eventually lead to the death of many innocent people. Last month, French Foreign Minister Laurent Fabius noted that not only is “climate change is a threat to peace” but it is also a major reason for the terror attacks in the world. Hopefully, after the events of last weekend, Fabius has had a change of heart.

In Paris, the terrorists were not shouting their support of measures to address climate change. Instead, they were expressing solidarity with Syria and ISIS and yelling “Allahu Akbar.”

The terrorists were telling the world all we need to know about the threat we face. Unfortunately, President Obama, the Democratic presidential candidates and left wing political leaders in Europe and this country refuse to listen. Let’s pray that their constituents awaken them to the danger or vote them out of office before it is too late.