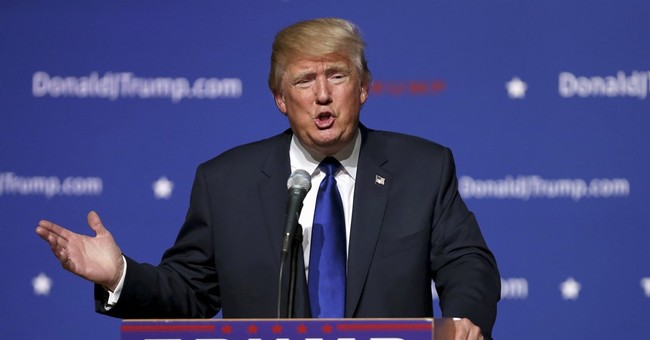 When Donald Trump first burst on the political scene two months ago as a presidential candidate, many of the analysts, commentators and pollsters who populate cable news programs, the so called “experts,” claimed it was all a publicity stunt. Then, they said he would never release his financial statements. Then, they said his controversial comments about Mexican illegal immigration, Senator John McCain and Fox News Host Megyn Kelly would doom his campaign. Now, they are saying his lead cannot continue for his support has a “ceiling” and his campaign is a flash in the pan. Unfortunately for the “experts,” they are completely wrong on every one of these issues. Trump is solidifying his lead and is not going away, even though the liberal media and the Republican establishment wishes that he would disappear. Trump is upsetting their plan for the GOP to nominate another moderate candidate, such as former Florida Governor Jeb Bush, and, once again, lose to the Democrats.

Fortunately, Trump is not following their losing script. He is used to winning in business and in the media and expects to win the presidential race. This Trump confidence is infectious and is one reason that the majority of Republicans now believe he will win the nomination.

A new Rasmussen poll shows that 57% of GOP voters believe he will be the next Republican presidential nominee. In the latest Fox News poll, Trump has a double digit lead (25-12%) over his nearest competitor, Jeb Bush. In a match-up versus Hillary Clinton, a Fox News poll has Trump gaining significant ground, only trailing 52-47%. The latest CNN national poll has Trump trailing Clinton by a 51-45% margin, closer than other Republican candidates such as businesswoman Carly Fiorina, Wisconsin Governor Scott Walker or Bush.

These results actually show that Trump is the most electable at the current time. However, a succession of Fox News analysts such as columnist George Will, commentator Charles Krauthammer and consultant Karl Rove have lampooned Trump as either a clown or someone who is too bombastic to be taken seriously. They believe that his tactics and message are actually harmful to the Republican Party and that other candidates are more electable. Once again, it seems the so-called “experts” are wrong and, in fact, the real clowns are the commentators who have been on television too long and live in the Washington D.C. bubble. They are also not objective for George Will’s wife works as a consultant for Governor Walker and Rove, who has a long history of working for the Bush family, is obviously for Jeb Bush.

These analysts are given tremendous coverage because Fox News and other media outlets are opposed to Trump and his message and are trying to destroy his presidential chances. As evidence, examine the Fox News GOP presidential debate. However, despite their bias, the liberal media continues to cover Trump because he is an interesting, colorful, and combative candidate, while his major opponent Jeb Bush is simply boring.

As Trump noted, Bush is a “low energy” candidate while The Donald has plenty of energy, enthusiasm and passion for this country. His campaign slogan says it all, “Make America Great Again.” Unlike Hillary who avoids the media and runs from their questions, Trump is constantly doing media interviews. On Wednesday, he conducted a long news conference before holding a raucous and entertaining town hall meeting in New Hampshire.

His speech in Mobile, Alabama today may draw the largest crowd of the campaign, bigger than anything that Bush or Clinton could attract. So, take note, media and GOP insiders, the Trump political freight train is heading down the track and may go all the way to the White House.