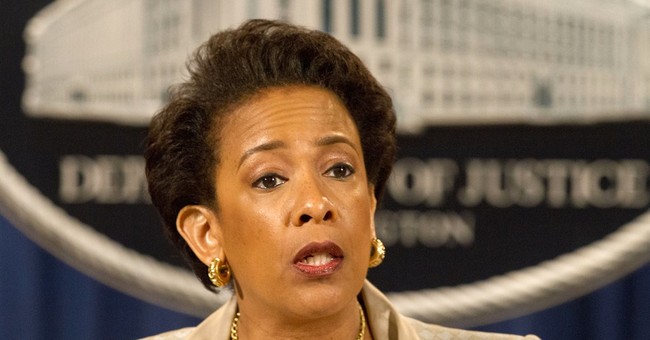 It was no surprise that new Attorney General Loretta Lynch announced the Department of Justice will launch a civil rights investigation of the Baltimore Police Department. This is the second investigation that has been authorized in the wake of the riots that broke out following the death of Freddie Gray. The other investigation is looking into potential violations of Gray's civil rights.

The investigation will examine whether the police department engaged in excessive force or any other discriminatory policies. It follows Lynch’s visit to Baltimore earlier in the week in which she promised city leaders that she would do “all she could” to help the city heal.

Lynch's authorization is similar to what her predecessor, Eric Holder, did 20 times, including the investigations following civil unrest in Ferguson, Missouri. In her confirmation hearings, Lynch promised to continue the policies of Holder, so she is certainly following through on her promises.

The Justice Department investigations will likely show that Baltimore police officers committed civil rights violations. It is almost a foregone conclusion that a negative report will be issued because it will be necessary to satisfy civil rights leaders who have been highly critical of the Baltimore Police Department.

This announcement follows the official charges leveled against six police officers involved in the Freddie Gray case. Despite the hoopla, none of these investigations will solve the problems of Baltimore, a city that has been led by liberal Democrats for five decades. Since the 1960's, Baltimore has been beset by issues that plague other inner city communities. The Great Society programs that were instituted to solve longstanding urban poverty have failed. Over trillions of dollars have been spent, but the problems of blight, drugs, and crime, poverty as well as race relations remain.

The answer from the Obama administration is always more spending and more government. Yet, the root causes of Baltimore’s problems will not be addressed by President Obama, Attorney General Lynch or any other administration official.

Instead of solving underlying issues, the Baltimore Police Department will be sacrificed amid charges of racism. Sadly, when the Justice Department gets involved, the results are usually not positive. New Orleans is an example of a police department that has suffered after enhanced federal government involvement. After the Justice Department began investigating the New Orleans Police Department and a consent decree was signed, the results have been striking. In the last five years, the NOPD has lost almost 600 police officers. A police department of 1600 officers in 2010 has declined to one that is barely over 1,000 officers today. Baltimore will likely suffer a similar result.

Instead of a federal investigation into the Baltimore Police Department, the city's Mayor, Stephanie Rawlings-Blake, should be investigated. She promised to give the protesters “space to destroy” and allegedly gave police the orders to “stand down” because the rioters were only targeting property. As a result, scores of buildings and automobiles were destroyed, and even though law enforcement officials were in full retreat, 100 police officers were attacked and some were seriously injured.

The Mayor’s ineptitude and mismanagement created a much more severe crisis in Baltimore. Although her actions need to be probed, she will likely get a pass.

While the focus is on a supposedly racist police department and more lectures about police racism, there has been limited action regarding the hundreds of rioters who brought a city to its knees. These criminals need to be held accountable for their violent behavior.

As the Justice Department investigates police misconduct in Baltimore, root causes of criminal activity are being ignored. It shows, once again, the agenda of the Obama administration is not to solve the real problems afflicting urban America.