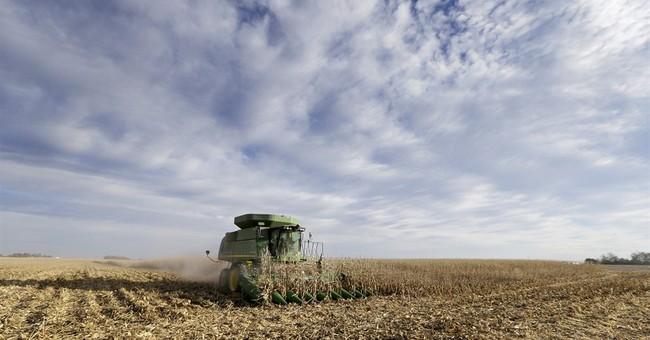 World Grain just reported that the east African countries of Kenya and Uganda are currently facing severe localized food insecurity. Food “is restricted to specific areas due to various factors including an influx of refugees, a concentration of internally displaced persons, or a combination of crop failure and acute poverty. The situation in Kenya, which has about 1.5 million people mainly in north-eastern pastoral areas staring at severe malnutrition and possible death, is worse than that in Uganda.”

Meanwhile, India is experiencing significant crop failure due to “unseasonal rains,” reports the Press Trust of India. "Three farmers have died from shock after seeing the devastation caused to their standing crops during the past three days," said Chaudhary Harpal Singh, the national president of Bhartiya Kisan Union. Singh recently estimated that the total loss of crops in the region “exceeds 80 percent.”

While our hearts ache for those still suffering from hunger and malnutrition around the world, we should still remember and give thanks for the progress that has been made in alleviating starvation thus far. In particular, we ought to take a moment to celebrate the life of a man who was credited with saving a billion people from starvation!

Shockingly too few of us today know about the life of that man. His name was Norman Borlaug, and last month, on March 25th, he would have turned 101 years old.

While most of the developed world was fretting about a growing human population outstripping its resources, “The Father of the Green Revolution” was creating solutions. He developed genetic hybrids to produce disease-resistant crops and dwarf wheat that dramatically increased output in countries like Mexico, Pakistan, and India.

As a direct result of Borlaug’s work, which also included transformational new land management and agronomic practices (privatization and market prices among the most important), India and Pakistan were able to produce enough food to feed their growing populations. Borlaug, rightly called “The Man Who Fed the World,” was awarded the Nobel Peace Prize in 1970 for his work in agriculture.

As an agricultural scientist, humanitarian, and a Christian, Borlaug poured his life into finding ways to increase crop yields in countries plagued with starvation. Motivated by compassion for the poor, Borlaug once said, “I personally cannot live comfortably in the midst of abject hunger and poverty and human misery, if I have the possibilities of--even in a modest way, with the help of my many scientific colleagues--of doing something about improving the lives of these many young children.”

Throughout his lifetime Dr. Borlaug continued working to feed the hungry, and was awarded: The Presidential Medal of Freedom, Vannevar Bush Award, Public Welfare Medal, National Medal of Science, Congressional Gold Medal, and the Padma Vibhushan, India’s second highest civilian honor. Not at all bad for a man who grew up dirt-poor during the Great Depression and flunked the university entrance exam! Perhaps it was his encounter with hardship during the Depression that fueled him in his pursuit to help people.

Last month, March 25, in honor of Mr. Borlaug’s birthday, the Cornwall Alliance for the Stewardship of Creationheld a national day of prayer for the environment and the poor. “It was an opportunity for us to draw near to God our Creator while praying for the world’s poor and for godly stewardship of the earth.”

E. Calvin Beisner, the founder of theCornwallAlliance, further explained,“Borlaug’s amazing achievements not only fed, and continue to feed, billions of people, but also improve all of the world’s environment. Why? Because they reduce the need to convert natural lands to farmlands by enabling farmers to grow more food on every acre. That makes him a hero not only of the poor but also of the earth itself. That’s why the Cornwall Alliance, which strives to promote both Biblical earth stewardship and economic development for the poor, celebrates his life and work.”

Here’s to Norman Borlaug, the scientist who helped save more lives than the sum total of all the deaths from all the wars in the entire history of our existence. Hip, hip, hooray!