Campus Leftists and Their Dirty Tricks 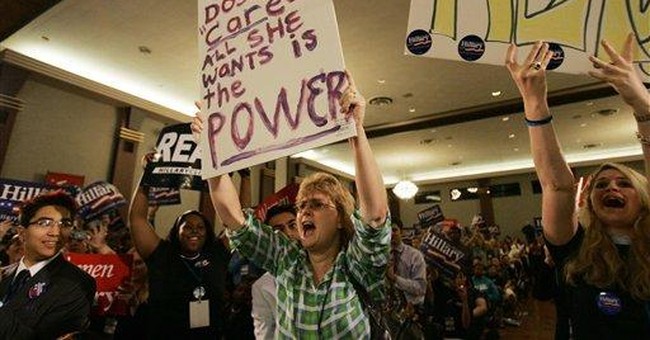 Leftist administrators at DePaul University are threatening to cancel a speech by Chris Simcox if the conservatives on campus don’t come up with $2,500 to pay for 20 private security officers. Simcox, an advocate for protecting America’s borders from unlawful entry, presides over the Minuteman Civil Defense Corps. The lecture was scheduled for Monday, May 19.

Simcox didn’t ask for security nor did the DePaul Conservative Alliance (DCA)—the student sponsors—nor did Young America’s Foundation—the national sponsors. But when school administrators got wind that pro-illegal immigration loudmouths at Our Lady of Guadalupe Mission were planning to protest the lecture, DCA students were told that there needed to be a security presence, and that they had to pay for it

In a press release, Father Jose Landaverde of Our Lady of Guadalupe Mission urged his Chicago parishioners to rally against Simcox’s presence on campus the day of the speech: “There will be hundreds of families walking in prayer who have been directly affected by the Minute Man’s hate campaign against the immigrant community.”  Landaverde’s release, predictably, referred to the border security leader as a “modern day Nazi” and as a “racist,” adding that “Chris Simcox and the Minute Men represent the worst of the American spirit.”

Student organizer Nicholas Hahn, a junior, correctly points out that his club shouldn’t be shaken down for money when the majority of those threatening to protest aren’t even students. “We shouldn’t be forced to subsidize a leftist demonstration,” said Hahn. In fact, why is DePaul even allowing non-students to protest a student-run function on a private campus? University officials can mandate all the security they want, but shouldn’t they pay for it? The school does have a $250 million-dollar endowment, after all.

James Doyle, vice president of student affairs, couldn’t offer a sound rationale as to why he was penalizing the conservative students. For starters, it’s not DCA’s fault that leftist activists are renowned for refusing to protest civilly. He did reaffirm to YAF, however, that members of the DePaul Conservative Alliance needed to comply or else the lecture would be canceled. Doyle also claimed that every student organization bears the burden of security costs. That may be true on paper but not in practice, Nicholas Hahn tells us.

Past liberal speakers at DePaul, including Barack Obama, didn’t attract any vitriolic demonstrations by conservatives and the campus Left wasn’t extorted for cash by DePaul’s administration. John Holden, a spokesman for DePaul, even admitted to the Chicago-Sun Times that he couldn’t think of a single instance where similar financial obligations were imposed on liberal student groups.

Security costs are minimal, if needed at all, when a leftist comes to town.

The topic of illegal immigration is one of today’s leading issues. If DePaul really valued diversity of opinions and free speech, the school would secure the safety of a speaker invited by a university-sanctioned club. Instead, school officials are allowing professional protestors to shutdown an entire campus from even considering conservative ideas on what to do about border security and illegal immigration. This attempt by administrators to soak its students for cash is just a dirty trick to stop Chris Simcox from speaking.