What CPAC Told Us About the GOP's 2012 Field 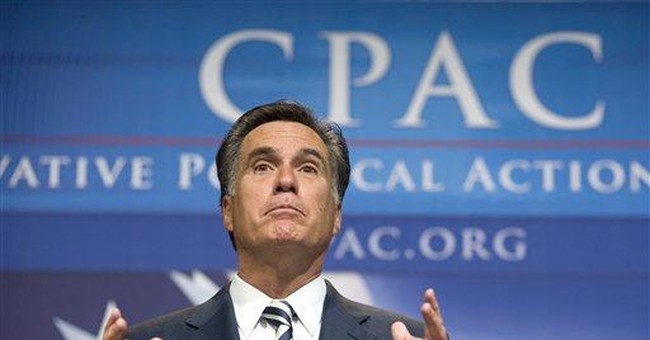 While the 2012 Presidential election is some distance away, the Conservative Political Action Conference held last week in Washington, DC gave us our first look at what the Republican primary might look like.

During the 2008 Republican primary, former Massachusetts Governor Mitt Romney was the most serious contender to John McCain for the Republican nomination. He will almost certainly run again in 2012.

His speech at CPAC showed that he has a firm grasp of the current political zeitgeist. Using his own tremendous history as a successful businessman as a political weapon, Romney criticized President Obama’s economic inexperience and his failure to focus on fixing the economy.

“Had he [President Obama] or his advisors even spent a few years in the real economy they would have learned that the number one cause of failure of small and large business in the private sector is lack of focus,” Romney exclaimed. “And that the first rule of turning around any enterprise is focus, focus, focus.”

Romney concluded, “He failed to focus and so he failed.”

Not only did Romney hammer away at what he perceives as the Obama administration’s economic failures, he also sought to unabashedly trumpet his belief in American exceptionalism. Like Ronald Reagan, Romney seemingly seeks to inspire Americans to believe in America again. It is no accident his new book is entitled No Apologies: The Case for American Greatness. The title is an obvious attack on President Obama’s propensity to apologize for America overseas.

Former Speaker of the House Newt Gingrich again proved himself to be the most politically astute of all the potential 2012 candidates. While every other speaker came to the stage from a back entrance, Newt got to the stage by walking through the thousands of attendees in the audience. It was political genius.

Newt tends to always be a step ahead politically of everyone else and this reality makes his potential as a 2012 contender very real. In terms of policy, there may be no Republican nominee with a greater grasp of the challenges facing America and possible solutions to fix them than Newt. It is almost as if he comes up with a new idea every minute.

Newt’s big problem, of course, is some of the personal baggage he carries. If he can overcome some of this baggage, he may be able to surprise the political establishment by emerging as the 2012 Republican Presidential nominee. Fellow potential 2012 Republican contenders underestimate Newt at their own peril.

Also giving a major address at CPAC was Minnesota Governor Tim Pawlenty. Pawlenty’s most appealing qualification as a 2012 contender is the fact that he is finishing up his second term as governor of a liberal state. But right now, he just doesn’t come across as presidential. A little boring, Pawlenty simply does not yet stand out from the crowd of potential nominees in any outstanding way.

Then there is Congressman Ron Paul. It seems unlikely that Paul would make a third run for the presidency in 2012 at the age of 77, but he did surprisingly win the CPAC presidential straw poll.

Paul was received like a rock star at CPAC. Attendees burst into applause at various times throughout his speech, must notably when he stated that America should “end the Fed.” Who knew that so many people not only had a strong grasp of monetary policy, but also found monetary policy an exciting political issue?

Paul’s victory in the CPAC straw poll is likely not reflective of how he would do in the Republican primary. It is reflective, however, of the concern of many CPACers, and Americans as a whole, of the ballooning deficits and out of control spending in Washington.

Notably absent at CPAC were major addresses by former Alaskan Governor Sarah Palin and former Arkansas Governor Mike Huckabee. Both are often mentioned as possible Republican presidential candidates in 2012. While both certainly have enthusiastic supporters, both also have rabid detractors that may make it difficult for them to secure the Republican nomination should they run.

The most exciting speaker at CPAC, however, was not a likely 2012 presidential contender. It was rising Republican star Marco Rubio. Rubio is running for Senate in Florida and despite facing off against Republican Governor Charlie Crist in the primary, he is very likely to emerge victorious. If he does, Rubio will immediately become the leading contender for the Republican vice-presidential slot in 2012 no matter who the presidential nominee is.

Born in the U.S. to refugees who fled Castro’s Cuba, Rubio’s political outlook reflects the immigrant’s view of American exceptionalism. Like Barack Obama sent a thrill up the leg of MSNBC’s Chris Matthews in 2008, Rubio has the potential to do the same to Sean Hannity in 2012.

Young, energetic, unabashedly conservative, and possessing an electrifying personal story, Rubio is the real deal. What’s more, his Hispanic heritage will allow him to more effectively reach out an important segment of the population in a national race. Finally, let us not forget he is from Florida, a very important battle ground state.

A Romney-Rubio or Gingrich-Rubio ticket could very well help make Dick Cheney’s CPAC prediction that President Obama will be a one-term president true. No doubt it’s early, but CPAC demonstrated that there is reason for Republicans to be excited about 2012.