Jacob Sullum
|
Posted: Nov 22, 2017 12:01 AM
Share   Tweet
The opinions expressed by columnists are their own and do not necessarily represent the views of Townhall.com. 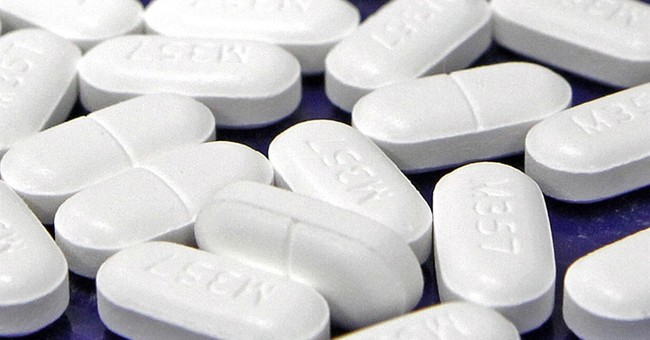 Forest Tennant, who has been treating and researching pain at his clinic in West Covina, California, since 1975, is well-known as an expert in the field, having published more than 200 articles in medical journals and given more than 130 presentations at professional conferences. According to the Drug Enforcement Administration, all of that was an elaborate cover for drug trafficking.

Or so you would have to surmise from the affidavit supporting the search warrant that the DEA served on Tennant's offices and home last week, which describes "invalid prescriptions," "red flags of diversion and fraud" and "combinations of drugs that are consistent with 'pill mill' prescribing practices." The allegations and insinuations show how the DEA has tried to criminalize differences of opinion about pain treatment, encouraging doctors to think about their legal exposure first and their patients second.

Tennant says the "red flags" perceived by the DEA are consistent with a practice like his, which specializes in treating severe, intractable pain caused by conditions such as arachnoiditis, Ehlers-Danlos syndrome, reflex sympathetic dystrophy and post-viral neuropathy. "We only take people who have failed the standard treatments," he says.

Tennant's willingness to take hard cases explains why some of his patients live in other states, a fact the DEA considers suspicious. "We only see them in conjunction with their local doctors," he says.

In addition to severe pain, Tennant's patients often have metabolic abnormalities that make them less sensitive to opioids and have developed tolerance after years of pain treatment. Those factors explain the doses that struck the DEA as suspiciously high and the drug combinations it deemed reckless.

By the time Tennant starts treating them, his patients are already taking large doses of opioids, often in combination with muscle relaxants and benzodiazepines. "We didn't start anybody on high dosages," Tennant says. "We took them to study them to figure out how to get them off of high dosages, and that has remained our goal."

In nine out of ten cases, Tennant says, he has been able to reduce patients' opioid doses substantially, by as much as 80 percent. At the same time, he defends the use of high doses for patients who need them, a stance that bothers the DEA.

The search warrant affidavit cites a 2009 article in which Tennant and two other doctors defended the prescription of "ultra-high opioid doses" for certain patients with severe chronic pain. The affidavit also notes that Tennant championed the California Pain Patient's Bill of Rights, a 1997 law affirming that "opiates can be an accepted treatment" for "severe intractable pain." The DEA seems to be arguing that Tennant's sincere medical opinions and advocacy on behalf of pain patients should be considered evidence of criminal activity.

The DEA suggests that speaking fees Tennant received from Insys, which makes the oral fentanyl spray Subsys, amounted to kickbacks. The DEA also implies that it's improper to prescribe Subsys for anything other than cancer pain, the application for which it was approved by the Food and Drug Administration.

Tennant notes that it's common practice for doctors who have experience with a drug to get paid for training colleagues to use it. He says Subsys "turned out to be somewhat disappointing," but he prescribes it for half a dozen patients who find it useful for breakthrough pain, including a few who do not have cancer -- "off-label" uses that are perfectly legal.

Tennant, who has testified against "pill mills," says his clinic looks quite different: It has a six-hour intake process, sees a maximum of ten people a day, and has "big thick charts" for its patients, who come with their families and tend to be middle-aged. He adds that his practice, which treats about 150 patients, has never had any overdoses, suicides, or diversion problems.

"I invite anybody to come in and see what we do, talk to our patients, see our financial records, talk to me," Tennant says. "My clinic is wide open."