Jacob Sullum
|
Posted: Jul 20, 2016 12:01 AM
Share   Tweet
The opinions expressed by columnists are their own and do not necessarily represent the views of Townhall.com. 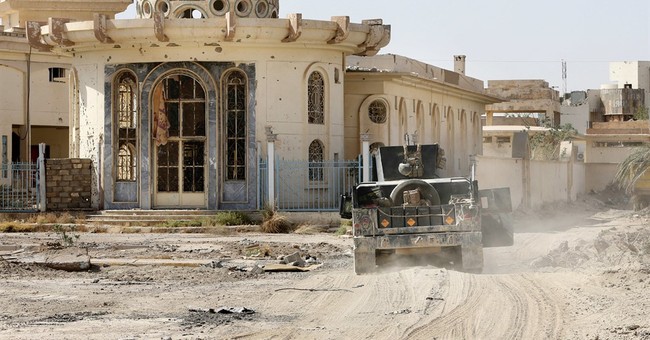 Donald Trump and former House Speaker Newt Gingrich have backed away from their startling proposals, which in any case are unlikely to be implemented because they are blatantly unconstitutional. But these abandoned plans to exclude and expel Muslims reflect a more enduring problem for Republicans, too many of whom unfairly and foolishly equate Islam with terrorism.

Last December, after a terrorist attack in San Bernardino, California, that killed 14 people, Trump recommended "a total and complete shutdown of Muslims entering the United States until our country's representatives can figure out what is going on." Critics of that idea included Indiana Gov. Mike Pence, whom Trump picked as his running mate last week.

"Calls to ban Muslims from entering the U.S. are offensive and unconstitutional," Pence tweeted on December 8, as CBS News correspondent Lesley Stahl pointed out in an interview with him and Trump on Sunday. Trump responded by saying that what he really wants is "extreme vetting" of people coming from "terror states and terror nations."

That idea is reflected in the GOP platform, which says, "We must apply special scrutiny to those foreign nationals seeking to enter the United States from terror-sponsoring countries or from regions associated with Islamic terrorism." Toward that end, the platform recommends reviving the National Security Entry-Exit Registration System, a post-9/11 program that required people from designated countries to provide detailed information about their travel plans -- a far cry from the blanket ban on Muslims that Trump originally proposed.

Gingrich's idea was even more outrageous. "We should frankly test every person here who is of a Muslim background, and if they believe in sharia, they should be deported," he said on Fox News. "Sharia is incompatible with Western civilization. Modern Muslims who have given up sharia, glad to have them as citizens. Perfectly happy to have them next door."

Since sharia is the code of conduct that observant Muslims follow, Gingrich was essentially saying that Muslims are welcome in the United States as long as they forsake their religion. That is not the sort of demand you make if you respect religious freedom, as Gingrich supposedly does.

While it took Trump months to abandon his Muslim exclusion plan, Gingrich retracted his Muslim expulsion plan within a day. "If you are a practicing Muslim and you believe deeply in your faith but you're also loyal to the United States and you believe in the Constitution, you should have your rights totally, completely protected within the Constitution," he said on Facebook. "You should have nothing to fear. Your children should have nothing to fear."

Despite his magnanimous willingness to respect the rights that the First Amendment guarantees, Gingrich still thinks Muslims, unlike followers of other religions, should have to prove their loyalty. As Yale religious studies scholar Eliyahu Stern notes, that attitude "is disturbingly reminiscent of the accusation, in 19th century Europe, that Jewish religious law was seditious."

Like Jewish religious law (halacha), sharia draws on various sources and is subject to interpretation by various schools and scholars. There is no single, undisputed version and no central authority to impose one.

When Gingrich says "sharia is incompatible with Western civilization," he has in mind the theocratic, infidel-slaying version favored by Islamic extremists and, perversely, by their most vociferous opponents in the West. But that is not the only version, as becomes clear if you listen to Muslims who condemn terrorism and have no desire to impose their religion on others.

If you insist that the only authentic version of sharia is totalitarian and murderous, you are siding with the terrorists and declaring war on 1.6 billion Muslims.