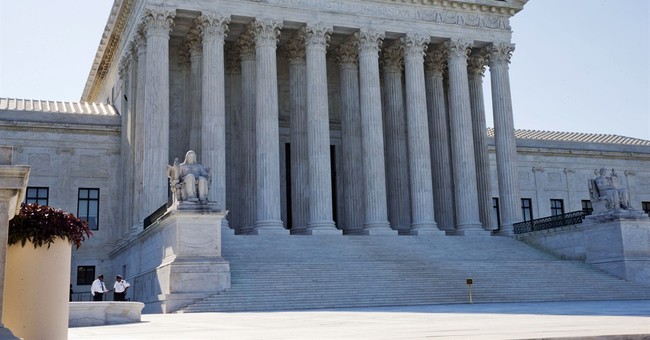 Trending
In a ruling by the U.S. Court of Appeals for the 5th Circuit last August, Judge Rhesa Hawkins Barksdale argued that a rap song featuring allegations of sexual harassment against two high school coaches represented a threat to civilization itself. As Barksdale explained it, coaches are teachers, teachers are essential to education, and "without education, there can be little, if any, civilization."

If Barksdale is right, public school officials in Itawamba County, Mississippi, were valiantly fighting a return of the Dark Ages when they suspended Taylor Bell, an 18-year-old senior, for posting his song online. A less generous view, one that Bell is asking the Supreme Court to consider, suggests they were doing something a bit less noble: punishing speech that offended them.

In Dec. 2010, Bell heard from several friends at Itawamba Agricultural High School -- where a coach had been arrested the previous year after he was caught sending a student sexually explicit text messages -- that two other coaches had made suggestive remarks to them or touched them inappropriately. Outraged, but convinced administrators would not take the charges seriously, Bell, an aspiring musician, decided to write about them.

The result, which Bell posted on Facebook and YouTube in Jan. 2011, is either an "incredibly profane and vulgar rap recording" that was "reasonably understood by school officials to be threatening, harassing, and intimidating" (as Barksdale saw it) or "a darkly sardonic but impassioned protest of two teachers' alleged sexual misconduct" (as dissenting Judge James Dennis put it). Which view people favor probably will have a lot to do with their opinions about rap music, which surely should not be grounds for government censorship.

As explained in a brief that eight rap stars and 27 scholars recently filed on Bell's behalf, the "violent rhetoric in Bell's song" -- "betta watch your back," "I'm going to hit you with my Ruger," and "going to get a pistol down your mouth" -- "are commonplace in rap and reflect some of the genre's most basic conventions." Furthermore, despite Barksdale's invocation of "Columbine-like" violence, school officials plainly did not perceive the rap as an actual threat, since they never contacted police and let Bell, who had a nearly spotless disciplinary record, remain on campus unsupervised.

Nor did school officials question the veracity of the sexual harassment claims, to which four students later attested in sworn affidavits. They nevertheless decided Bell had violated a school policy against "harassment, intimidation, or threatening other students and/or teachers." He was suspended for a week and sent to an "alternative school" for six weeks.

The 5th Circuit decided Bell's punishment was justified based on "a reasonable forecast of a substantial disruption." Never mind that Bell produced and published the song off campus, on his own time, and with his own resources; that no one, except for one of the coaches, seems to have listened to it at the school; and that it did not in fact lead to any identifiable educational disruption.

The Supreme Court has said the First Amendment allows public schools to ban genuinely disruptive speech on campus or at school-sponsored events. But it has never said school officials have the general authority to censor the speech of citizens who happen to be students, which is the upshot of the 5th Circuit's decision.

In his dissent, Judge Dennis notes that "the majority opinion obliterates the historically significant distinction between the household and the schoolyard" by "expanding schools' censorial authority from the campus and the teacher's classroom to the home and the child's bedroom." He warns that the ruling "inevitably will encourage school officials to silence student speakers ... solely because they disagree with the content and form of their speech."

Students will know that anything they say, no matter where, can be used against them by school administrators with the power to mess up their young lives. In a free society, that is not a lesson schools should be teaching.