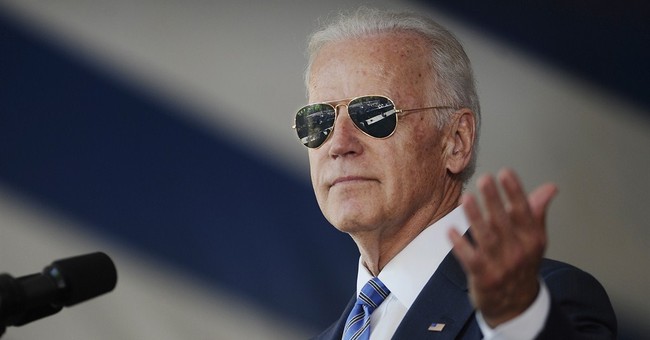 Trending
News that Vice President Joe Biden is thinking about challenging Hillary Clinton for the Democratic presidential nomination raises an obvious question: Which candidate has a more embarrassing record of gaffes and misstatements? Although Biden is clearly the favorite in this competition, Clinton gives him a run for his money.

Biden, who in 2013 called Republicans "Neanderthals" for opposing reauthorization of the Violence Against Women Act, has a history of saying things you would not expect to hear from an enlightened progressive. In 2006, he told an Indian-American supporter that "in Delaware ... you cannot go to a 7-Eleven or a Dunkin' Donuts unless you have a slight Indian accent." In 2007, he described Barack Obama as "the first mainstream African-American who is articulate and bright and clean." In 2013, he asked female employees of a Japanese Internet company, "Do your husbands like you working full time?"

Clinton has had similar cringe-inducing moments. In 2004, when she was a New York senator, she joked at a Missouri fundraiser that Mahatma Gandhi "ran a gas station down in St. Louis." She later apologized for the "lame attempt at humor." Quoting gospel singer James Cleveland at a black church in 2007, Clinton declared in an affected Southern drawl, "Ah don't feel noways tired. I come too faarrr from where I started from."

Both politicians have been known to reinvent aspects of their biographies. Running for the Democratic presidential nomination in 1987, Biden claimed to have "ended up in the top half" of his class at Syracuse Law School, when he actually graduated 76th out of 85. Running for the Democratic presidential nomination in 2008, Clinton repeatedly recalled boarding a plane in Bosnia under sniper fire in 1996, but later confessed, "I just said some things that I knew not to be the case."

Biden, who majored in history, has attempted revisionism on a grander scale. In 2008, he claimed that "when the stock market crashed" in 1929, Franklin D. Roosevelt, who took office in 1933, "got on the television," a technology that was not introduced to the general public until 1939, to explain what had happened.

While Biden quarrels with historians, Clinton argues with economists. As a presidential candidate in 2008, she responded to a question about criticism of her proposal for a gas tax holiday by declaring, "I'm not going to put my lot in with economists." She confirmed that sentiment as secretary of state in 2011, when she said legalizing drugs is not feasible because "there is just too much money in it." Clinton's war with economists continued last year, when she said, "Don't let anybody tell you that it's corporations and businesses that create jobs."

Biden and Clinton may know even less about guns than they do about history and economics. In 2013, explaining why no one needs an AR-15, Biden said it would be safer for people who feel threatened in their homes to blindly fire a shotgun from a balcony or through the front door.

Last year, while calling for "a more thoughtful conversation" about gun control, Clinton twice referred to mass shooters with "automatic" guns. That suggests she does not understand the difference between semi-automatic firearms and machine guns, which may help explain her support for reinstating the arbitrary federal ban on "assault weapons."

These are complicated subjects, of course. But Clinton and Biden sometimes seem to have trouble with much simpler matters. "We have a lot of kids who don't know what work means," Clinton told the U.S. Chamber of Commerce in 2006. "They think work is a four-letter word." As Obama's running mate in 2008, Biden said the biggest challenge facing the middle class is "a three-letter word: jobs. J-O-B-S, jobs."

You might think the mockery provoked by incidents like these would have a chastening effect. As Biden put it, ''I guess every single word I've ever said is going to be dissected now." That was 28 years ago. But who's counting?