The Persistence of Policing for Profit: Holder's Forfeiture Reform Welcome but Does Not Go Far Enough 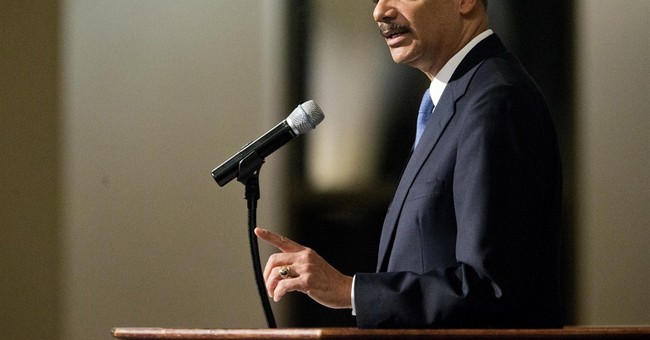 Money-hungry cops are angry about the forfeiture reform that Attorney General Eric Holder announced last Friday, which suggests it's a move in the right direction. But contrary to initial press reports, the new policy represents a modest change to the rules governing civil forfeiture, which allows the government to take people's assets without accusing them of a crime.

"Civil forfeiture is fundamentally at odds with our judicial system and notions of fairness," two former directors of the Justice Department's Asset Forfeiture Office observed in a Washington Post op-ed piece last fall. "Civil forfeiture laws presume someone's personal property to be tainted, placing the burden of proving it 'innocent' on the owner."

Holder did not address that central issue, which is beyond his power. Rather, he modified the Justice Department's Equitable Sharing Program, which lets police and prosecutors use federal law to dodge state restrictions on forfeiture.

Holder's order deals only with "adoption" cases, where local agencies seize property on their own and ask the Justice Department to pursue forfeiture under federal law, which requires less evidence and lets cops keep a bigger share of the loot than many state laws do. According to a 2012 report from the Government Accountability Office, "adoptions made up about 17 percent of all equitable sharing payments" in 2010.

In other words, the new DOJ policy leaves the Equitable Sharing Program mostly untouched. It explicitly exempts seizures arising from state or local investigations that are assisted by or coordinated with federal agencies, which include seizures by hundreds of federally subsidized multijurisdictional task forces.

"As virtually every drug task force I know of has a federal liaison on call, this means business as usual (for) local law enforcement," says Eapen Thampy, executive director of Americans for Forfeiture Reform. "The exception swallows the rule."

In a recent letter to Holder, four members of Congress, including three conservative Republicans, urged him to eliminate equitable sharing entirely. That is also the approach favored by Sen. Rand Paul, R-Ky., who plans to reintroduce his forfeiture reform bill soon.

Legislation is necessary not only to prevent cops from evading state reforms, but also to give property owners more protection under state and federal laws. Ideally, legislators should require a criminal conviction prior to forfeiture and keep cops from getting part of the proceeds, a policy that perverts their priorities and fosters corruption.

It would be unfortunate if such reforms were killed by complacency. That could happen if the overenthusiastic response to Holder's new policy -- which some commentators portrayed as putting an end not only to equitable sharing (which will continue), also but to civil forfeiture (which extends far beyond this one program) -- leaves people with the false impression that the problem has been solved.

That does not mean Holder's move accomplishes nothing. Greedy grumbling by cops suggests it will make legalized theft harder for some of them.

Douglas County, Neb., Sheriff Tim Dunning, for instance, complains that the elimination of federal adoptions in drug cases will force him to comply with his state's forfeiture law, which requires proof beyond a reasonable doubt, as opposed to the much weaker "preponderance of the evidence" standard set by federal law. Nebraska also gives cops a smaller share of the take.

"This benefits nobody but drug dealers," Dunning told the Omaha World-Herald. "Federal law is a tremendously bigger hammer. I don't see what hammer we are going to have over these people now."

Dunning's assumption that only drug dealers need to worry about forfeiture illustrates a familiar principle: When you've got a big hammer, everyone looks like a nail.