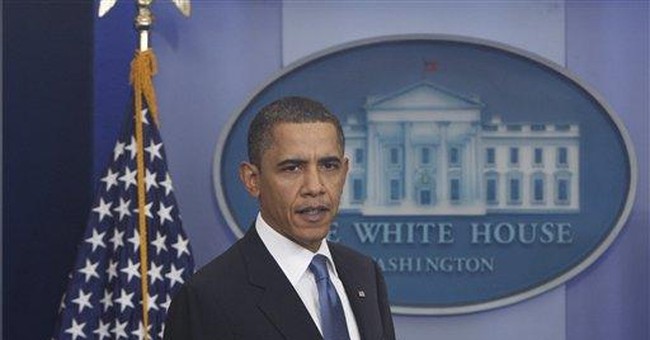 Can the government control health care inflation through subsidies?

First President Obama said critics of his health care plan had no ideas worth considering. Then he said he never said that. Now he says he is eager to hear those previously unacknowledged ideas.

Taking Obama at his word (always a risky thing to do), is there any realistic prospect that the meeting he plans with legislators from both parties later this month will, as he suggests, produce "some agreements" on how to proceed with health care reform? Not if he continues to ignore the conflict between his approach to expanding medical coverage and the other major goal he says must be addressed by any serious reform proposal: bringing health care spending under control.

Obama wants to cover the uninsured by expanding Medicaid and providing various other subsidies: to small businesses that buy insurance for their employees, to individuals who buy policies from a government-created "insurance exchange" and to high-risk patients with pre-existing conditions. That last group would be subsidized not only by taxpayers but by younger, healthier policyholders who would be forced to pay higher premiums or to buy insurance they otherwise would have gone without.

The Senate health care bill would spend $1.8 trillion during the first decade after it fully takes effect in 2014 to cover some 30 million people (out of an estimated 46 million without insurance), and that's leaving aside the unfunded mandates imposed on states, employers and individuals. Yet in his interview with CBS News anchor Katie Couric on Sunday, Obama said "the package that we've put together" will "start bending the cost curve on health care" and "cut the deficit by a trillion dollars." How is that possible?

The $1 trillion figure, which Obama misleadingly attributed to the Congressional Budget Office (CBO), is highly speculative. The CBO estimated that the Senate bill would reduce the deficit by $130 billion in the first decade after it was enacted through a combination of higher taxes and Medicare cuts.

The CBO also more tentatively projected that if Congress retains its planned reductions in the growth of Medicare payments to providers (instead of rescinding them, as it always has in the past), the savings could amount to between 0.25 and 0.5 percent of gross domestic product in the second decade. Using generous assumptions, the Obama administration converted that highly uncertain estimate into a nice round figure of $1 trillion.

Still, restraining the growth of Medicare, which will swallow a bigger and bigger share of the federal budget as baby boomers retire, will be necessary to avoid crushing payroll taxes and/or sudden, drastic benefit cuts. That's one possible area of bipartisan agreement, although Republicans have dimmed the prospects by demagogically accusing the Democrats of trying to take away Grandma's health care.

But note that Obama's plan to restrain spending has nothing to do with his proposals to expand coverage, which would have the opposite effect, contributing to health care inflation by increasing subsidies. By contrast, market-based reforms that seek to expand coverage by making it more affordable also help to "bend the cost curve."

Obama has made gestures of support for a couple of these ideas. His proposed excise tax on especially expensive medical benefits is a roundabout, half-hearted attempt to address the tax incentive that encourages employers to offer health coverage in lieu of higher pay, which insulates consumers from prices and retards competition. At the same time, however, Obama would contribute to the problem by requiring employers to provide insurance.

Similarly, Obama says he is open to the idea of fostering interstate competition in the health insurance market. Yet he insists it cannot be allowed to happen without federal benefit mandates that would boost premiums and undermine the benefits of such competition.

Pressing Obama to confront the contradictions in his own proposals -- between spending restraint and huge new subsidies, between amplifying and blocking price signals, between promoting choice and impairing competition -- might not yield agreement. But it could produce a little clarity.