Step Away From the Vehicle 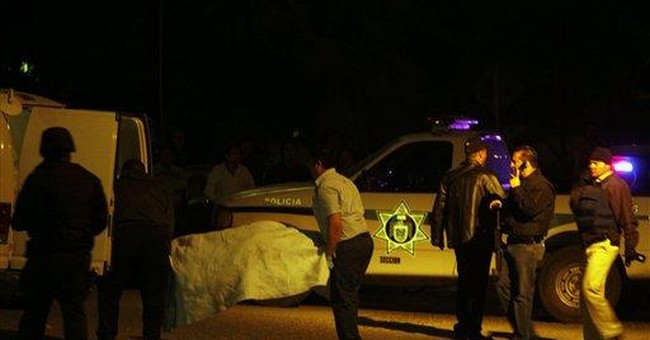 In August 1999, police saw Rodney Gant pull into the driveway of his Tucson home and arrested him for driving with a suspended license. After handcuffing Gant and locking him in a cruiser, Officer Todd Griffith searched his car and found a bag of cocaine in the pocket of a jacket on the backseat. When he was asked at an evidentiary hearing why he searched the car, Griffith replied, "Because the law says we can do it."

Not anymore. Last week, the U.S. Supreme Court said police may no longer routinely search the vehicles of recently arrested people. It was a refreshing departure from a long line of cases in which the Court has whittled away at the Fourth Amendment's prohibition of unreasonable searches and seizures to make the war on drugs easier to wage.

Among other things, the Court has ruled that a search warrant can be granted based on information from an anonymous (and perhaps nonexistent) informant; that evidence obtained with an invalid search warrant can be used in court as long as police acted in "good faith"; that police do not need a warrant to monitor homes and backyards from low-flying helicopters; that police may use dogs to inspect luggage and cars without probable cause; and that government employees and public school students may be subjected to random drug testing.

The rule that police may search a vehicle without a warrant whenever they arrest someone who has recently been in the vehicle also came from a drug case. In a 1981 decision that, like Gant's case, involved cocaine found in a jacket, the Court declared, "When a policeman has made a lawful custodial arrest of the occupant of an automobile, he may, as a contemporaneous incident of that arrest, search the passenger compartment of that automobile."

That broad rule had the advantage of clarity, but it went well beyond the goals the Court had cited in allowing warrantless "searches incident to arrest": preventing arrestees from grabbing weapons or hiding evidence of their crimes. Neither concern is plausible when an arrestee, like Gant, has been handcuffed and locked up before the search takes place.

Yet that is by far the most common scenario when police search the vehicles of people they've arrested. In other words, for 28 years police throughout the country have been routinely conducting searches that are completely unconnected to their constitutional rationale.

Last week, in an opinion by Justice John Paul Stevens, the Court said police may "search a vehicle incident to a recent occupant's arrest only when the arrestee is unsecured and within reaching distance of the passenger compartment at the time of the search." It added that a search also can be justified if police are looking for evidence of the crime that led to the arrest -- a rationale that did not apply to Gant and does not apply to the millions of other Americans who are arrested for traffic violations each year.

"A rule that gives police the power to conduct such a search whenever an individual is caught committing a traffic offense … creates a serious and recurring threat to the privacy of countless individuals," Stevens wrote for the five-justice majority, noting the danger of "giving police officers unbridled discretion to rummage at will among a person's private effects."

Notably, Stevens' opinion was joined by Clarence Thomas and Antonin Scalia, two justices who are often unfairly portrayed as hostile to civil liberties. In fact, Scalia wrote a concurrence that was less generous to the police than the majority opinion, calling routine car searches "plainly unconstitutional" and saying the Court should abandon the "charade" of pretending they're necessary to protect officers from hidden weapons, since "police virtually always have a less intrusive and more effective means of ensuring their safety" -- i.e., restraining the arrestee.