Losers and Winners in New Hampshire

Jack Kerwick
|
Posted: Feb 09, 2016 9:30 AM
Share   Tweet
The opinions expressed by columnists are their own and do not necessarily represent the views of Townhall.com. 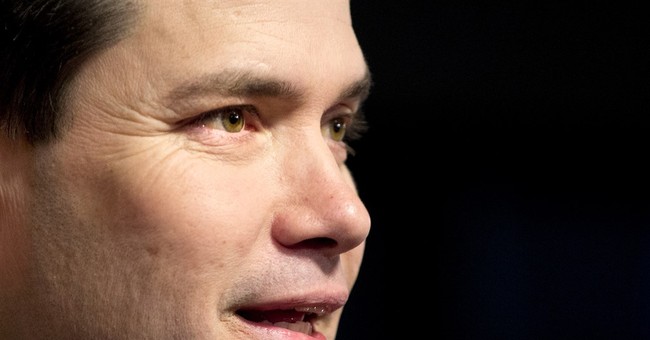 Marco Rubio has no shortage of admirers in the “conservative” media who have stopped at nothing to spin things—like his third place finish in Iowa—in his favor. Predictably, some of the same suspects are laboring tirelessly at this moment to control the damage that their candidate inflicted upon himself on the evening of February 6 at the New Hampshire GOP debate.

For example, one radio host chastised a caller for allegedly failing to recognize that Rubio is no different from any other politician in relying upon talking points. Another insisted that what Rubio said about President Obama’s nefarious designs for America is true. Thus, it needs to be repeated.

Both hosts are correct. Yet for at least five reasons, their defense of Rubio fails.

First, it wasn’t just a talking point, a line, say, or a phrase (like “We’re going to make America great again”) that Rubio repeated, but a short essay’s worth of sentences on Obama’s sinister intentions for America.

Second, this speech was utterly irrelevant to the questions that were posed to him at the time, and at one point Rubio seemed like he was suffering from a bad case of ADHD as he abruptly turned from his exchange with Chris Christie to regurgitating his tirade against Obama.

Third, Rubio repeated his remarks about Obama virtually verbatim. Though his remarks were indeed correct, his point could’ve been made more effectively had Rubio varied his presentation of it. As things stand, the Florida senator sounded like he had all of the sincerity of a computer.

Fourth, but it wasn’t just because Rubio continued to repeat himself that he sounded rehearsed. The intonation in his voice remained immutable throughout each telling of Obama’s plans to fundamentally transform America. I had been listening to the debate and for a moment I did a double take to insure that the audio hadn’t looped back to an earlier segment.

Finally, Christie had just finished accusing Rubio of being scripted when the latter turned right around to vindicate the former. And then Rubio continued doing so. Indeed, Rubio became the caricature of himself to which Christie had been trying to reduce him.

I don’t suspect that this one night will significantly harm Rubio, but for perhaps the first time in his career, some of that polish for which he’s known began to smear. Notwithstanding the denial of his fans, Rubio not only had a bad night; he was the big loser of the New Hampshire debate.

However, while Chris Christie bested him in their exchange, Rubio, to his credit, landed a blow against the governor. Rubio noted, correctly, that Christie, who had been busy campaigning in New Hampshire, only returned to New Jersey after the Garden State got slammed with a blizzard a few weeks back because he was “shamed” into doing so. Christie originally said that he would not return, and when he eventually did, it was only for a day.

How different this Christie is from the governor who, in 2012, just a week or so prior to Election Day, was effusive in his praise for Obama when the president visited the Jersey shore after it was devastated by Hurricane Sandy. When asked whether he was concerned with the impact that his embrace of Mitt Romney’s rival could have upon the outcome of the election, Christie indignantly replied that since the storm in Jersey is “much bigger than presidential politics,” he “could care less about any of that stuff.”

But now that Christie is bidding for the White House, there’s nothing “bigger” than presidential politics. Those living in the Jersey Shore towns that have had to sustain major flood damage because of the blizzard of ’16 can mop up their own mess.

Unfortunately, because Christie had been so effective in exposing Rubio’s weakness, that his own hypocrisy had been laid bare didn’t receive the post-debate coverage that it deserved.

Jeb Bush and John Kasich neither helped nor harmed themselves. Both epitomize precisely the sort of thing—moderate leftism masquerading behind “conservative” rhetoric—that Republican primary voters claim to despise. Rubio and Christie aren’t really any different in this regard, yet unlike Bush and Kasich, they at least have some charisma and oratorical skills as assets.

Ted Cruz, as per usual, performed well enough. Yet the unfailingly classy Ben Carson left no doubts in the minds of the millions who tuned into the debate that he for one was convinced that the Cruz campaign resorted to deceitful trickery in order to deprive Carson of votes in Iowa.

And Carson made a compelling case: How could anyone think that after having expended resources in time, energy, and money in Iowa, and after having earned the support of “hundreds, if not thousands” of college students and others, that at the moment that the caucusing began, he would just bail? “Who would do something like that?!” Carson asked exasperatedly. Besides, if, as Cruz continually says, Carson and his wife are his friends, then Cruz could’ve called him to confirm the rumor that he dropped.

Trump had a strong night. Iowa may as well now be years in the past. While clashing with Bush over the issue of eminent domain, Trump was booed and Bush was cheered. The substance of their respective positions aside, the fact is that Bush has been routinely well received at these debates while Trump and Cruz have not.

Finally, though, someone pointed out that these debate audiences are stacked with donors, lobbyists, special interests, etc.—i.e. Bush backers. That someone was Trump. And he is right, for in real life, the sight of a Jeb Bush supporter is about as common as a UFO sighting.

Yet to judge from the audience responses to Jeb during these primary debates, one could be forgiven for thinking that he is the frontrunner.

Trump just defied another political law: In the history of presidential debates—and maybe of any political debates—no one who has ever called out the audience.