Thinking Seriously About the Virginia Murders 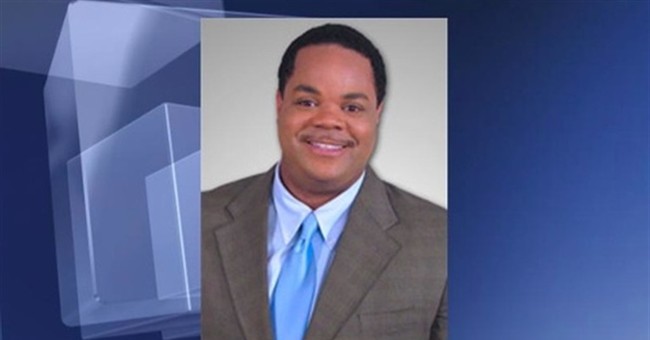 On the morning of August 26, Vester Lee Flanagan, a former employee of WBDJ, shot and murdered WBDJ TV’s Alison Parker and Adam Ward on live television. He shot a third person, Vicki Gardner, who Parker was interviewing. Fortunately, the latter will survive.

Just as fortunately, the gunman is now dead (Too bad, though, that his fatal bullet wound was self-inflicted).

The 20th century philosopher Hannah Arendt maintained that there was a connection between the “inability to think” and morality. Upon observing Adolph Eichmann during his trial, she was stunned by two facts: The first was that Eichmann, in spite of being responsible for great evil, wasn’t particularly demonic or wicked at all, and, secondly, he was incapable of thinking beyond the stock phrases, clichés, and conventionalities available to him.

In other words, Eichmann was not unlike the vast majority of human beings.

Yet this “curious, but quite authentic, inability to think” accounts for much evil in the world. The reason for this is not difficult to grasp. Morality requires judgments about good and evil, right and wrong, and sound moral decision-making demands informed, critical judgment. Moreover, in making moral judgments, we must be sure to honor particulars as such even while we evaluate them in light of general rules and principles.

In beholding the chatter over the Virginia shootings, one is struck by how many otherwise (presumably) intelligent people are seized by the inability to think.

Revealingly, yet unsurprisingly, before any details regarding this outrage were known, the usual suspects on the left were decrying, not the murderer, but some abstraction they call “gun violence,” while calling for more “gun control.” And, along with some Republicans, they wasted not a moment in drawing from the Zeitgeist’s inventory of stock concepts in depicting this as a “mental health” issue.

Equally unsurprisingly is that the left has not (as of yet) spoken to the racial dynamic involved in this double murder: Not only was the killer black and his victims white, but Flanagan left behind a 23 page “manifesto” in which he explicitly identifies his sense of racial victimization as a premiere reason for his actions. He as well purports to have been victimized because of his homosexual orientation.

Let’s dare to do the unthinkable and actually think about this.

First, the notion that this double murder was “caused” by “gun violence” is patently offensive. It’s offensive to the victims, certainly, and even to the victimizer.

Alison Parker, Adam Ward, and Vicki Gardner were shot with a gun. They were shot by Vester Flanagan, a man who could’ve killed them in any number of other ways, or chosen not to kill them at all. We divest individuals of their humanity, their uniquely human, indeed, divine-like moral agency, when we ignore the reasons for their actions while instead attributing the latter to such impersonal “causes” as “gun violence” or “mental health.”

Our penchant for citing “studies” of one sort or the other doubtless proves politically and ideologically convenient, but such scientific (and pseudo-scientific) references constitute a black hole insofar as they swallow up the individual.

Second, allusions to “gun violence” and “mental health” are especially pernicious inasmuch as they obscure the evil nature of the deed being explained. To see just how egregious an offense this is, consider some analogies.

Imagine if, while discussing the Holocaust, we spoke about “gas chamber violence,” or while discussing Islamic State mass beheadings, we talked instead of “machete violence.” Or suppose that discussions of the lynching of blacks were peppered with references to “rope violence.” None of this would sit well with decent human beings, for it is clear, or at least it is thought that it should be clear, that such descriptions miss entirely that which is fundamental to the phenomena being described—the perpetrators responsible for these wicked deeds.

The perpetrators deserve to be recognized for the moral agents that they are, and their victims deserve an honest account of their fates.

Or imagine if we spoke of militant Islamic terrorist murderers, Nazis, and Klansmen, not as evil or wicked people, but as those in need of “treatment” for “mental health.” This too, you can bet anything, wouldn’t fly with most folks today. The reason is clear enough: If these notorious murderers are in need of “mental health treatment,” then they are sick.

But if they are “sick,” then they are to be pitied and made well, not condemned and punished. A mentally “unhealthy” person no more deserves blame, contempt, and punishment than does a physically unhealthy person.

To repeat: Either a person is evil or he is “mentally ill.” He can’t be both. Either his actions are evil, or they are symptoms of an illness. They can’t be both.

The verdict is clear: Three innocent people were shot, and two are now dead, because one man, Vester Flanagan, freely chose to shoot them.

None of this, of course, is meant to deny that environment influences our choices. To be sure, our political environment today, and that particular strain of racial resentment and envy that currently finds expression in the Black Lives Matter movement, doubtless got inside Flanagan’s head. His “manifesto” revealed as much.

But here’s where things get really murky for the left:

If, as the left is forever assuring us, America is a land of incorrigible “white supremacy” and “racism”—if, in other words, “racism” is “institutional,” “systemic,” “structural;” if, as the left insists, “racism” is the greatest of all evils; and if, as the left further maintains, whites are never eligible to judge whether blacks who cry “racism” are sincere or not, then it would seem that one conclusion follows:

Vester Flanagan, who claims to have been the victim of racial oppression, acted justifiably in gunning down three white people who, by virtue of being white, belonged to the oppressor class.