More Islamic Violence in Pakistan: What’s America—or Anyone Else—Got to Do With It? 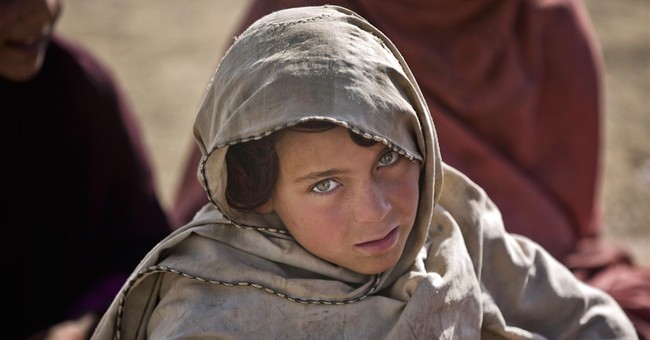 It seems like so long ago when Barack Hussein Obama and his ilk in Washington and the media labored tirelessly to convince us that if only Americans would elect him, their problems with the Islamic world would soon enough be relegated to the dustbin of history.

This notion, of course, was of a piece with a larger vision, a worldview according to which Islamic murderers are, essentially, the products of injustices perpetrated by the West generally and America specifically.

Well, Obama was elected—twice, in fact.

And whatever else may be said of relations between the American and Islamic worlds, no one—not even Obama—would think to say that they’ve improved over the last seven years. Actually, the case can be made that they have worsened.

But here’s the point: Once we see beyond our own ideologically-charged interpretations of Islam and reckon with Islam itself, it’s not before long that it becomes all but self-evident that Islamic jihadists need no reason beyond their own faith tradition to crusade against any and all upon whom they set their sights.

In short, the victims of Islamic murderers have not been killed for what they’ve done. They are killed for who they are—i.e. “infidels” and “apostates.”

Recent events in Pakistan supply us with but another tragic, but particularly telling, illustration of this truth.

In the wake of the Charlie Hebdo massacre last month—in which two Muslim brothers shot dead the staff (and others) at the offices of a satirical magazine that mocked Muhammad—over 10,000 Muslims took to the streets in Pakistan where they chanted such charmers as “Down with Charlie Hebdo” and “Death to blasphemers.” Some also rejoiced, praising the killers responsible for having “delivered” a “message” that was both “needed” and “strong [.]” Meanwhile, their Christian compatriots convened in Peshawar at All Saints Church, which just two years ago was the site of an Islamic terrorist attack that killed 127 people and injured more than 250.

For now, it makes no difference whether the Christians in question were right or wrong. The point is this: Though they expressed solidarity with Muslims a few short weeks ago, within the last couple of days they were once again on the receiving end of Islamic aggression.

And this time, it was a school that was targeted.

According to reports, hundreds of Muslim students armed with “iron bars and sticks” charged a Christian boys’ school in northern Pakistan, hurling its fences and forcing open its gates. The Muslims demanded that the school be closed as they damaged property—as well as at least four Christians who they assaulted.

The answer, I kid you not, is…Charlie Hebdo!

Saeed laments that “even after 67 years since the birth of Pakistan, Christians have not yet been considered Pakistani citizens, but are seen as ‘Western allies.’”

Saeed explains: “Whenever incidents occur in western countries, the faithful Pakistanis are attacked. Christians, who are already living under constant fear for their lives, become even more vulnerable.”

Pakistan consists of 188 million Muslims and only 5.3 million Christians. According Open Doors, an organization that exists for the sake of “serving persecuted Christians worldwide,” the persecution “level” in Pakistan is “extreme.” Of the 50 of the world’s countries in which Christians experience varying levels of persecution, Open Doors ranks Pakistan as the eighth worst place for Christians to live. Its website contains the following caption:

“Pakistan’s Christians are caught in the crossfire between Islamic militant organizations and mobs that target Christians, [on the one hand] and an Islamizing culture [,] on the other hand, that results in Christians being isolated from the rest of the population. The notorious blasphemy laws continue to have devastating consequences for minorities, including Christians.”

The description of Pakistan adds the following tidbit:

“A Pakistani mob beat and burned to death a Christian couple in November for alleged blasphemy charges. Women and girls are experiencing violence every day,” and those from “minority groups” are particularly vulnerable to “rape, sexual abuse, and kidnapping.”

Upon reading this—and stories of this sort are legion around the globe—only an imbecile or a liar can maintain that if only we did this or that our problems with the Islamic world would go away.