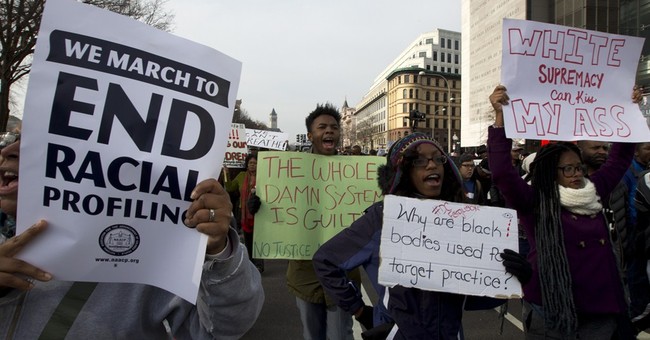 In the fallout following a grand jury’s decision to not indict police for the death of Eric Garner, there is no shortage of libertarians who claim that Garner was innocent as far as the natural law is concerned.

“Natural law” is an ethical tradition with an illustrious pedigree stretching back millennia. From this perspective, natural law is a transcendent moral order that provides the standard of justice for “positive law,” i.e. human legislation.

Speaking as one who believes in natural law, I’ll be the first to say it: The road from natural law to positive law is paved with immense difficulties. The concept of “natural law” must be handled with great care.

Let’s assume for the moment that the above argument is correct and that the law forbidding the sale of untaxed cigarettes violates the natural law. So what? As far as I see it, one of two—and only two—implications follows from this assumption: (1) Garner acted rightly, for there is no moral duty to comply with an unjust law; or (2) Garner acted wrongly in breaking the law, even though it was unjust, because there is a moral duty to comply with, or at least not resist, laws enacted by recognized authorities (like legislators).

The problem with (1) is that even from the perspective of many of history’s great natural lawyers, it doesn’t work.

There may very well be a moral (“natural”) duty to comply with an unjust positive law. Believers in natural law from at least the time of Socrates certainly thought that the immorality per se of a given law was far from a sufficient ground on which to disobey it. Of course, they recognized that immorality admitted of many degrees. For instance, a positive law demanding murder is far more egregious than one, say, forbidding the sale of untaxed cigarettes. Certainly, the only fitting response to the former is non-compliance. Regarding the latter, though, matters are far messier.

Socrates was unjustly convicted on trumped up charges and sentenced to death. Yet even under these circumstances, he refused to escape from prison when a friend made the arrangements for him to do so. Socrates justified his decision on the grounds that in spending his whole life under Athenian law, he implicitly contracted to abide by it. And from this system of law he derived enormous benefits. In disobeying this law now just because it (or its application) harms him, Socrates believed, would be to undermine the laws that made his good life possible.

As he explained to Crito, his friend who came to bust him out of jail, a citizen must “do what is his city and country order him” to do or else strive to “change their view of what is just [.]”

The great English natural law jurist, William Blackstone, is also worth consulting on this issue.

In his magisterial, Commentaries on the Laws of England, Blackstone writes that “in relation to those laws which…forbid only such things as are not mala in se (wrong in themselves), but mala prohibita (crimes, because forbidden)”—like peddling untaxed “loosies”—our moral obligation is to either comply with the law or, “in case of our breach of those laws,” submit to the penalty. Whichever course of action a person chooses, “his conscience will be clear [.]”

Blackstone further notes that if everyone went about breaking those laws that they disliked—“if every such law were [viewed as] a snare for the conscience of the subject”—then “the multitude of penal laws in a state would not only be looked upon as impolitic, but would also be a very wicked thing [.]”

Countless laws could be deemed immoral and disobeyed. This, though, would result in the overthrow of law itself.

He further adds that “disobedience to the law” is “an offence against conscience” if it “involves…anydegree of public mischief or private injury [.]”