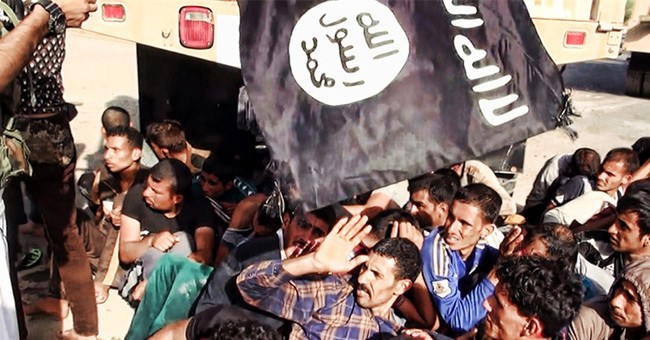 That the vast majority of Republicans remain as committed as ever to a strong American military presence in Iraq has everything to do with the neoconservative ideology that dominates their party.

Unlike traditional conservatives, neoconservatives subordinate the contingencies of history and culture to such abstract universal “principles” as “human rights” and/or “Liberty”—principles in which they locate America’s unique, supra-historical origins. The latter, in turn, endows America with it special, indeed, messianic, mission to protect “Liberty”—to promote what neoconservatives call, “liberal democracy”—for peoples everywhere.

It is this ideological creed of theirs that accounts for why neoconservatives have always favored an American presence in Iraq.

And it is this creed that explains why neoconservatives favor the presence of the American military, not just in those places where “liberal democracy” is absent; but even in those places—like Japan, Germany, and South Korea—where it has been present for decades but is, presumably, insufficiently stable and in dire need of American soldiers to prop it up.

Let’s see how this ideology plays out in the current discussion over the disaster that is Iraq.

When President Obama declared that the war in Iraq was “over” in 2011, his neoconservative critics blasted him. Obama, being as much of an ideologue as anyone, had his own reasons for making this declaration: it was a pretext that gave him cover for making the politically advantageous decision to begin withdrawing American soldiers. Neoconservatives opposed Obama’s call, contending that there wasn’t any basis for his claim.

But now, it is they who insist that the war really was over, even if neoconservatives instead choose to speak of the war as having been “won” prior to the troop withdrawal. This semantics trickery, though, is unconvincing, for if victory had been achieved in Iraq, as we are now being told, then Obama was correct and the war was over.

However, if the war in Iraq had been won, then what would be the point in continuing to deploy more American lives and treasure to that region? To this, the neoconservative can respond easily enough: We remain in Iraq for the same reason that we’ve remained in Germany, Japan, South Korea, etc.: To insure that our victory is not lost.

Let’s us now spell out the implications of the neoconservative ideology.

First, the neoconservative is theoretically committed to expending American resources in blood, time, and treasure all around the globe and until the end of time. The belief that America exists for the sake of promoting and defending, not the liberties of Americans, but the abstraction of “Liberty,” the “Liberty” of Earthlings, necessarily leads to this conclusion.

Indeed, without the military, the (national) government would be but the proverbial paper tiger.

Thirdly, insofar as neoconservatives believe that “America” ought to fight for “Liberty” wherever around the globe it happens to be threatened, they believe that the American taxpayer—you and I—have a duty to work extra hours, to part with our hard earned dollars, to say nothing of parting with the lives of our sons and daughters, to defend the “Liberty” of non-Americans throughout the Earth.

The American citizen, the neoconservative would have us think, exists to sacrifice life, limb, and treasure for the citizens of the world.

But it’s critical to grasp that neoconservatives aren’t just telling Americans that this is what they ought to do.

Since the mission to fight for “Liberty” is a government enterprise that, like all other government exploits, is subsidized by citizens, neoconservatives are saying that this is what Americans must be compelled to do.

Finally, as long as “victory” requires a perpetual American military presence in the lands of those who the United States “defeated,” then there is no victory. Think about it: Suppose someone razes your old house and builds you a new one in its stead. Would you consider the job completed, a success, if the only way to keep your new house from collapsing is for the builder or his team of construction workers to move in with you and indefinitely prop it up? And wouldn’t it be that much more horrible of a deal if you knew that you would have to continue to pay them to live in and sustain your home?

This is the neoconservative ideology that underwrote the war in Iraq.