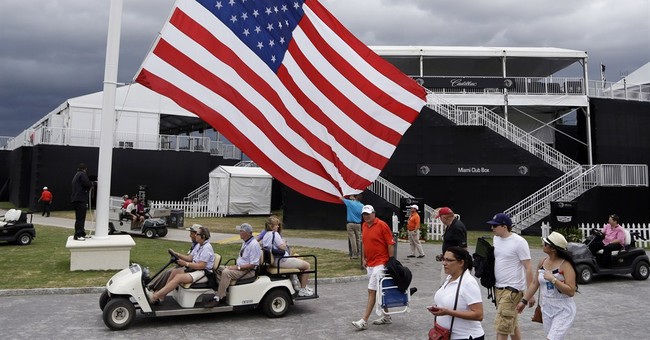 In The Neoconservative Persuasion, Kristol argues for another claim: neoconservatism and traditional or classical conservatism are very different from one another. “Neocons,” he states, “feel at home in today’s America to a degree that more traditional conservatives do not.” Unlike conservatism, neoconservatism is “in the American grain.” And this is because it is “hopeful, not lugubrious; forward-looking, not nostalgic; and its general tone is cheerful, not grim or dyspeptic.” Furthermore: “Its twentieth-century heroes tend to be TR [Teddy Roosevelt], FDR [Franklin Delano Roosevelt], and Ronald Reagan,” while “Republican and conservative worthies” like “Calvin Coolidge, Herbert Hoover, Dwight Eisenhower, and Barry Goldwater are politely overlooked.”

Neocons view the United States as “a creedal nation” with a “‘civilizing mission’” to promote “American values” throughout the world, to see to it “that other governments respect our conception of individual rights as the foundation of a just regime and a good society.” Kristol is unambiguous in his profession of the American faith: the United States, given its status as a “great power” and its “ideological” nature, does indeed have a responsibility “in those places and at those times where conditions permit” it “to flourish,” to “‘make the world safe for democracy.”

Kristol is refreshingly, almost shockingly honest: Neoconservatism, he informs us, endorses “the welfare state.” Its adherents support “social security, unemployment insurance, some form of national health insurance, some kind of family assistance plan, etc.” and will not hesitate “to interfere with the market for overriding social purposes”—even if this requires “‘rigging’” it instead of imposing upon it “direct bureaucratic controls” (emphases added).

As Kristol says, neoconservatives are “always interested in proposing alternate reforms, alternate legislation, [to the Great Society] that would achieve the desired aims”—the eradication of poverty—“more securely, and without the downside effects.” Neoconservatives don’t want to “destroy the welfare state, but…rather reconstruct it along more economical and humane lines.”

In vain will we search the air waves of “conservative” talk radio, Fox News, National Review, Commentary, The Weekly Standard, or any other number of mainstream “conservative” publications for a negative syllable regarding Irving Kristol. Though Kristol, like his son, Bill, is commonly referred to as a “conservative,” he himself not only explicitly embraced neoconservatism as his “persuasion” of choice; Kristol happily embraced the distinction of being “the godfather” of this persuasion.

In other words, if anyone can be said to be the intellectual standard bearer of neoconservatism, it is Irving Kristol.

And yet here he is unabashedly conceding what some of us have long noted and for which we’ve been ridiculed: neoconservatism is every bit as wedded to Big Government as other species of leftism—even if its proponents want to use it in other ways and for other purposes.

Because Obamacare is woefully unpopular, neoconservative Republicans, both in politics and the “conservative” media, have nothing to lose and everything to gain from trashing it. But at this time leading up to the midterm elections, more traditional conservatives would be well served to bear in mind that, in principle, neoconservatives do not object to “some form of national health insurance,” as Kristol tells us.

For all of their talk of “limited government,” traditional conservative voters should remember that, as Kristol states, neoconservatives “endorse the welfare state” and only seek to “reconstruct it along more economical and humane lines.”

For all of their talk of “capitalism” and the free enterprise system, conservative voters should also recall that, as Kristol remarks, neoconservatives will not hesitate to “interfere with the market for overriding social purposes.”

More recently, Douglas Murray, in his, Neoconservatism: Why We Need It, seconds Kristol in admitting that, “socially, economically, and philosophically,” neoconservatism differs in kind from traditional conservatism. In fact, such is the vastness of their differences that he refers to neoconservatism as “revolutionary conservatism.”

If “the conservative movement” is to have a future, it must first be honest about its present identity.