9/11 Changed The World, Not Our Responsibilities

Jackie Walorski
|
Posted: Sep 10, 2016 12:01 AM
Share   Tweet
The opinions expressed by columnists are their own and do not necessarily represent the views of Townhall.com. 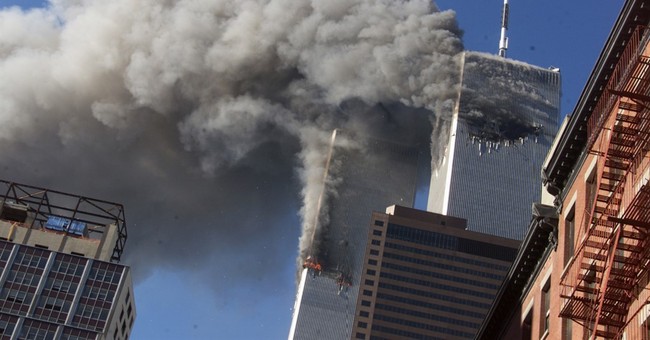 On September 11, 2001, I watched from the other side of the world as our nation came under attack.

My husband and I were living in Romania at the time, working as missionaries to provide food and medical supplies to impoverished children there.

As we watched the attacks unfold on the one American TV channel available there, we felt helpless from so far away and unsure if we would ever see our country again.

But our nation was resilient, and we all witnessed selflessness and bravery and patriotism in everyday Americans.

When I set foot on American soil again, I resolved to do all I could to keep this nation safe and to protect our servicemen and women.

That’s why I ran for Congress and why I feel privileged to serve on both the House Armed Services and House Veterans’ Affairs Committees.

Americans are fortunate to be kept safe by the greatest fighting force the world has ever known, and our military is strong because of our courageous men and women in uniform.

They risk everything to keep America safe and free, and we have an obligation to make sure they have the resources, tools, and training they need to confront any threat around the world.

That’s why the House passed a strong defense policy bill that gives our troops a pay raise, boosts military readiness, and keeps our armed forces on the cutting edge of military technology. And it protects American families from the threat posed by Guantanamo Bay detainees by blocking plans to move terrorists to U.S. soil and adding new safeguards when detainees are transferred overseas.

We also have a duty to support military families here at home, and to get our veterans the services and care they have earned when they return to civilian life.

That’s why we’re fighting to fix a broken VA so it works for veterans. The House has passed numerous bills to hold the VA accountable, ensure our nation’s heroes get timely medical care, and prevent overprescribing of powerful painkillers to veterans.

Americans and our allies continue to face the threat of terrorism and violent extremism, from global networks like al Qaeda and ISIS to homegrown attacks by radicalized individuals, and we cannot rest until these threats are defeated.

The world has changed in the last 15 years, but our responsibilities remain the same: to keep our nation safe, to be ready for the unexpected, and to fight for the men and women who answer the call to serve.

As we honor those who lost their lives on 9/11, let us resolve again to do all we can to keep this nation safe and free.