Time to Move on from Anger

Jackie Gingrich Cushman
|
Posted: Feb 04, 2021 12:01 AM
Share   Tweet
The opinions expressed by columnists are their own and do not necessarily represent the views of Townhall.com. 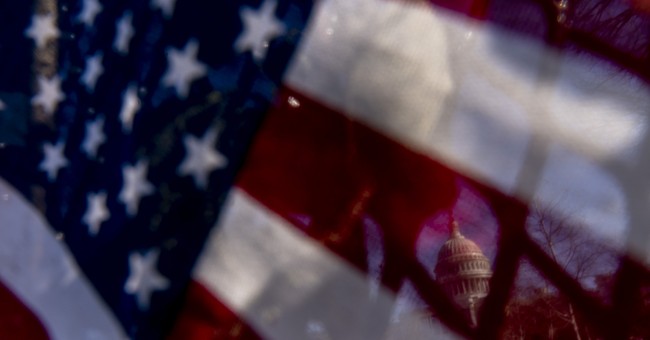 This Saturday marks President Ronald Reagan's 110th birthday. Without Reagan, the outcome of the Cold War would have been much different. He was a Hollywood actor before becoming the governor of California and a two-term president. In 1987, during a speech at the Brandenburg Gate in Germany, he challenged the general secretary of the Communist Party of the Soviet Union, Mikhail Gorbachev, to "tear down this wall!" While many political reviewers scoffed at him at the time, the wall came down two years later. The world's history was changed.

Reagan beat incumbent President Jimmy Carter by 10 percent of the popular vote and won reelection by 18 percent of the popular vote. He was steady, determined, and he smiled even when he disagreed with someone, holding firm to his principles. He believed in the resilience of the people of our country. He did not disparage his opponents but differentiated between good motives and bad outcomes. "Regardless of their sincerity, of their humanitarian motives, those who would trade our freedom for security have embarked on this downward course," he said.

While former President Donald Trump blames his loss on a rigged election, he might have won had he followed Reagan's model: optimism, discipline and reaching out to all Americans to vote for him because he believed in them. He focused on getting votes, not venting his anger. It would not have taken many more votes for Trump to win. As James Pinkerton wrote this week in an opinion piece for The Daily Caller titled "Not an Angry Opposition, an Effective Opposition," the margin that would have led to a Trump victory was "just 44,000 more votes, distributed across three states and a single congressional district."

The reason the Republicans fell short, according to Pinkerton, is that "too much of the Republican Party has replaced voting with venting. Anger can be a motivator, but such motivation is useful only if it is harnessed to an effective mechanism, such as an election. Otherwise, such passion is just wasted energy -- and often, in fact, it's counterproductive."

So counterproductive that not all of the people who stormed the Capitol in protest on Jan. 6 had voted in the presidential election. It would make sense that voting should be done before protesting. Unfortunately, in a world driven by short news cycles, conflict-driven mainstream media and social media, we often protest too soon and too often rather than simply getting to work. We too often let anger control our actions.

The Democrats focused on getting out the votes, while the Republicans vented their anger and ran against the Democratic candidates rather than for something positive. This left many Republican voters exhausted and disengaged. According to an analysis by The Atlanta Journal-Constitution, "over 752,000 Georgia voters who cast ballots in the presidential election didn't show up again for the runoffs just two months later." This occurred mostly in Republican-leaning areas.

While many have blamed Trump for the Senate losses, the problem runs much deeper. Republicans have bought into the partisan politics, negative campaigning and fearmongering. Maybe my remembrance of Reagan is nostalgic, but wouldn't it be nice to have a leader who seeks to unite Americans rather than denigrate the other side?

While some might believe politics is the core of our country, I know it's only given so much bandwidth because conflict drives news ratings and higher ratings lead to more money for the people who own the news media. The real foundation that holds us together are the mutual causes we believe in and the individuals working together to make progress happen.

While I am a Republican, I believe that our problems can't be solved by Republicans alone but must be conquered in a bipartisan way. Our system of government is the best in the world, and while we are not a perfect country, we are working toward a more perfect union of these United States. America is great because the American people work hard and focus on what can be in the future rather than what was in the past. Those who have a different view than I have are not my enemies but my helpers, as they allow me to hone and sharpen my arguments.