Jackie Gingrich Cushman
|
Posted: May 23, 2019 12:01 AM
Share   Tweet
The opinions expressed by columnists are their own and do not necessarily represent the views of Townhall.com. 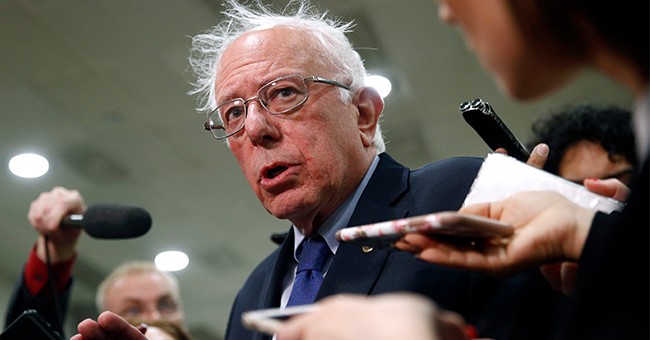 Over 10,000 names were submitted, and Alexandria Ocasio-Cortez (now a Democratic member of the U.S. House of Representatives from New York) was selected and assisted in her primary campaign by a candidate-recruiting group.

She beat an incumbent in a heavily Democratic district, ensuring that she would win the general election. The incumbent had not been providing his district with great representation and was rarely seen in the district. In fact, he sent a surrogate to a "debate" against Ocasio-Cortez during the primary instead of showing up himself.

Note to incumbents: Not showing up is not a way to win.

The candidate-recruiting group, Justice Democrats, has a platform that includes a Green New Deal, Medicare for All, free college and a federal jobs guarantee. While their name may sound noble -- who can be against justice and democracy? -- the implementation of their platform would be anything but noble. The challenge is that the only way to enact the programs they support is through government control of production. This is socialism.

According to a Gallup News report titled "Four in 10 Americans Embrace Some Form of Socialism" by Mohamed Younis, released this week, "51% of U.S. adults say socialism would be a bad thing for the country," and "43% believe it would be a good thing." This is a huge shift from a 1942 poll by Roper/Fortune that "found 40% describing socialism as a bad thing, (and) 25% a good thing."

Sen. Bernie Sanders, the independent from Vermont who ran for the Democratic presidential nomination in 2016 and is running again for 2020, is the frontman among Democrats for socialism and has done much to make it much more popular and acceptable to many Americans. While most Americans still believe that socialism would harm our country, there is a growing, vocal group that champions socialism.

So what is socialism? According to the Merriam-Webster online dictionary, socialism is a theory "advocating collective or governmental ownership and administration of the means of production and distribution of goods; a system of society or group living in which there is no private property ... (or) a stage of society in Marxist theory transitional between capitalism and communism."

The Democratic Socialists of America, which has endorsed Sanders, bills itself as a group whose members "believe that working people should run both the economy and society democratically." This, too, sounds great, in concept. But most of us understand that concepts don't always work out as hoped for.

Americans' understanding of socialism has changed greatly over the past 70 years. Last October, Gallup's senior scientist, Frank Newport, wrote, "When asked to explain their understanding of the term 'socialism,' 17% of Americans define it as government ownership of the means of production, half the number who defined it this way in 1949."

The answers varied by party. In 2018, Democrats (26%) and Republicans (23%) said they understood socialism as "equality -- equal standing for everybody, all equal in rights, equal in distribution." Thirteen percent of Democrats and 23% of Republicans understood it based on the Merriam-Webster definition.

So more Democrats agree with the DSA definition than the Merriam-Webster. This should lead those of us who champion a smaller government, more freedom and more individual initiative to take pause. We are experiencing a failure to communicate.

Does this mean that we should continue with our message as is but at a higher volume, with more certainty or with more sarcasm? Having attempted this with my teenagers on other topics, I can say that this is not a successful strategy, at least in my case.

So what does work? Listening before pontificating, acknowledging before arguing, giving personal respect while being firm on facts and emotionally controlled. Humor seems to help a great deal as well.

There might be better ways to change our communications strategy. When the understanding of facts differs so much from the facts themselves, then we need to change our strategy if we hope to secure a win. What we have here is a failure to communicate.