Exceptionalism Is a Good Thing

Jackie Gingrich Cushman
|
Posted: Oct 25, 2018 12:01 AM
Share   Tweet
The opinions expressed by columnists are their own and do not necessarily represent the views of Townhall.com. 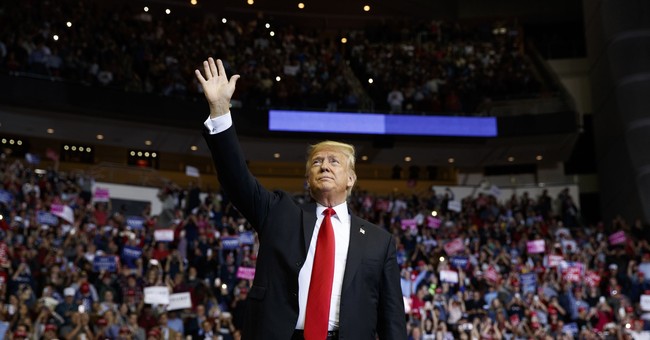 This week, at a rally for Texas Republican Sen. Ted Cruz in Houston, President Donald Trump told an audience of thousands of supporters that he is a nationalist:

On Tuesday, during an interview in the Oval Office, CNN's Jim Acosta asked Trump about his use of the word. "There's concern that you are sending coded language, or a dog whistle, to some Americans out there that what you really mean is that you're a white nationalist."

Trump responded: "I never even heard that. I can't imagine that ... I've never heard that theory about being a nationalist. "I've heard them all."

Trump continued, explaining what he meant by using the word "nationalist" in terms of our relationships with other countries. "When Germany is paying 1 percent of GDP for NATO and we are paying 4.3 percent, I don't like that. ... I am very proud of our country... and I am a nationalist ... I want to help other countries of the world, but we have to take care of our country."

Trump also provided his perspective on trade: "We lost $151 billion on trade ... I want it to be fair... for our farmers, our companies, our medical companies ... all I want our country is to be treated well, to be treated with respect (by other counties)."

So what is one to make of Trump's comments regarding nationalism?

Merriam-Webster defines nationalism as "loyalty and devotion to a nation, especially a sense of national consciousness exalting one nation above all others and placing primary emphasis on promotion of its culture and interests as opposed to those of other nations or supranational groups."

Trump's September speech at the United Nations provides some context: "Each of us here today is the emissary of a distinct culture, a rich history and a people bound together by ties of memory, tradition and the values that make our homelands like nowhere else on Earth," he said.

"I honor the right of every nation in this room to pursue its own customs, beliefs and traditions," he continued. "The United States will not tell you how to live or work or worship. We only ask that you honor our sovereignty in return."

This is not the statement of a nationalist who wants to conquer other nations, nor does it touch on anything even vaguely related to racism.

Later in the speech, Trump expressed his belief about how to solve the immigration crisis: not by conquering countries or accepting all migrants, but by "help(ing) people build more hopeful futures in their home countries. Make their countries great again."

Trump understands the core of American exceptionalism. This is an opportunity to have a national discussion about whether we believe our country is exceptional -- not in the meaning that our citizens are better than people in the rest of the world, but whether our form of government is exceptional.

However, many of us feel as though our nation is no better than any other; that we are not exceptional; that to be proud of our nation is to be bigoted; and that we don't have to respect all other countries' cultures, but we must embrace all cultures within our own country.

It all boils down to this: What as a nation do we believe? Do we have a different structure and a different culture, or are we just like the rest of the world? And if we are not different, why does our country have more immigrants coming to our shores than to any other country? They must think our country is exceptional.

While we should not be blind to our own shortcomings as a country, we must also understand that if we feel guilty for everything, we will lose the energy, courage and conviction we need to continue to prosper.