If Your Mother Tells You She Loves You, Check it Out 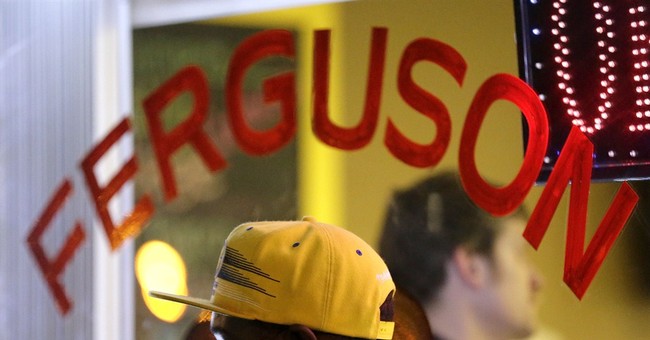 The headline to this story is an adage taught by journalism schools throughout the country. News is supposed to be based on facts and reported without bias. But alas, reporters are human and have biases, acknowledged or not. If they are blatant and obvious, then we can dismiss them out of hand, (example: Chris Matthews saying, "I felt this thrill going up my leg," when listening to a speech given by then-presidential candidate Barack Obama).

But watch out when supposed news items align with a cultural bias. Reporters should apply skepticism to everything they report on. Otherwise, emotionally charged stories are apt to be used for advocacy, turning news reporting into news spinning.

Here are two recent examples: Remember the mantra of "Hands up, Don't Shoot," from the shooting of Michael Brown in Ferguson, Missouri? How about the Rolling Stone story last November of a "brutal assault and struggle for Justice at UVA."

At this point, both of these instances have been thoroughly investigated, and the conclusions are vastly different than originally reported.

The "Hands up, Don't Shoot" mantra swept the nation after the Aug. 9 shooting of Michael Brown by Officer Darren Wilson in Ferguson. On Aug. 20, the New York Times reported about St. Louis Police Chief Sam Dotson: "In a sign of how tense the situation remains, Chief Dotson went out into a crowd at the scene of the shooting to tell it what the police understood had occurred. 'I think it's important that people understand what happened,' he said. He said witnesses, including a local alderman, had confirmed the account of the officers. 'I want this message to be out as truthfully and quickly as possible,' the chief said.

"But not all in the crowd were willing to listen. A small group of protesters, most of them black, gathered at the scene chanting, 'Hands up! Don't shoot!'" as if to recreate the events of Aug. 9.

Earlier this month, the Justice Department released its report about the Ferguson shooting. On March 9, CNN Reporter Jeremy Diamond wrote that the mantra "Hands up, don't shoot" was "not an accurate representation of the incident that sparked nationwide protests, federal investigators concluded. ... "

"The Justice Department's investigation into Ferguson police officer Darren Wilson's shooting of Brown concluded that witness accounts that the African-American teenager surrendered with his hands up 'do not support the prosecution of Wilson.' ... Instead, the physical evidence and accounts by 'credible witnesses' suggest Wilson shot Brown multiple times only as 'Brown was moving toward Wilson,' according to the report."

Despite that determination, the mantra had already taken on a life of its own. Advocacy spinning at its best.

Last Tuesday, Margaret Hartmann wrote a piece titled, "Everything We Know about the UVA Rape Case," in New York Magazine.

The saga began last Nov. 19, when Rolling Stone published "A Rape on Campus: A Brutal Assault and Struggle for Justice at UVA" by Sabrina Rubin Erdely. The supposed news story cited UVA's "ineffective handling of rape cases." The protagonist in the story was "Jackie," who supposedly had been "gang-raped in a UVA frat house on Sept. 28, 2012."

The initial response was outrage. Three days later, "UVA president Teresa Sullivan suspended all campus fraternities, sororities and Greek organizations," and the Charlottesville Police Department was brought in to investigate.

This week, after five months of investigations, Charlottesville Police Chief Timothy J. Longo concluded that, "We're not able to conclude to any substantive degree that an incident occurred at the Phi Kappa Psi fraternity house or any other fraternity house, for that matter."

While fraternities, sororities and other Greek organizations have been reinstated at UVA, a shadow remains over their activities.

Richard Bradley, former editor of George magazine, wrote in his blog, "Shots in the Dark," a few days after the story originally broke, "One must be most critical, in the best sense of that word, about what one is already inclined to believe." Good advice indeed.

When a news story plays directly into a cultural bias -- it is the job of good reporters to make sure that the facts are real and the narrative isn't obscuring the facts.

As a reader, it's our job to, as my mom always said, "Do the best you can with what you have," and read emotionally charged stories with skepticism.