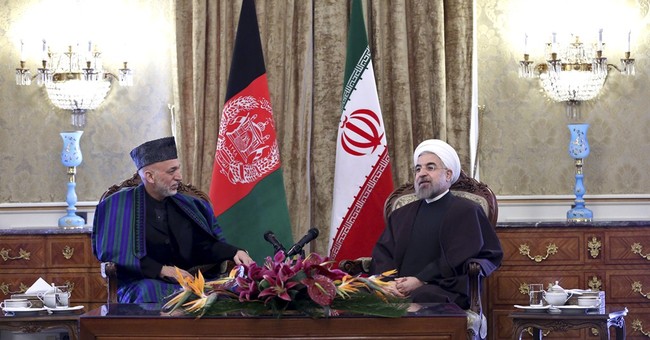 Five days later, world leaders will gather to mourn the loss and celebrate the life of former South African president Nelson Mandela at his ancestral home in the Eastern Cape.

With the unforgiving spotlight on human rights issues and the moral courage of those who speak truth to power, it promises to be a difficult week for despots the world over.

No more so is this the case than in Tehran where the clerical elite promotes the modern equivalent of South Africa’s Apartheid era violence and exclusionist policies.

Since the interim nuclear accord reached in Geneva last month, the regime’s merry apologists and paid hands in Washington have been busily spinning tales of moderation and reform that belies the available evidence.

Consider the following: The Iranian people are consistently ranked among the least free in the world in indexes of civil and political liberties. Composite scoring of corruption data places the country’s public sector in the bottom tier in terms of transparency. And indexes of economic freedom note that Iran is among the least economically free countries in the world.

A thirty-four year history of violence also places the regime’s leaders – including President Hassan Rouhani – among a select group of modern tyrants and state sponsors of terrorism.

Is it any wonder then that U.S. appeasement on the nuclear issue is being viewed through the prism of the agreement at Munich?

Congress should use this week’s focusing events to push the White House to reaffirm the U.S. commitment to freedom and the protection of human rights by highlighting the apartheid like conditions in Iran and by pushing the administration to explain why the U.S. should compromise such principles to strike a deal with Tehran on the “right” to uranium enrichment.

Members of the House Foreign Relations Committee will get a crack at Secretary of State John Kerry on Tuesday when he testifies on the administration’s interim plan to provide Iran with relief from sanctions in return for pledges to scale back on it’s nuclear activities.

Policymakers concerned that U.S. officials have fallen victim to the illusion of reform and strengthened the hand of the ayatollahs through a naïve Faustian bargain can do what the regime’s propagandists fear most and increase their scrutiny of Iran’s domestic policies and, in particular, their treatment of the primary Iranian opposition – the National Council of Resistance of Iran (NCRI).

The NCRI is a coalition of democratic opposition groups, including the People’s Mojahedin Organization of Iran (PMOI), who have been instrumental in providing intelligence related to Iran’s nuclear activities. Their revelations are largely responsible for triggering the last round of International Atomic Energy Agency inspections and building global momentum for sanctions.

But today some 3,000 Iranian dissidents with allegiance to the NCRI are under detention at a refugee camp near Baghdad ironically called Camp Liberty.

Iraqi security forces, acting as Tehran’s proxies, have been involved in systematic efforts to break the back of the regime’s most worrisome opposition.

A September 1 massacre resulted in 52 execution style murders and the taking of seven hostages, including six women. None have been returned nor have their whereabouts even been confirmed. Amnesty International reports that the individuals are being held hostage in Iraq and remain under threat of extradition to Iran.

The White House – despite congressional pressure – chose to ignore the matter during a recent visit by Iraqi Prime Minister Nouri al-Maliki, even though the aggression was a clear violation of the agreement signed by the Iraqi government and ratified by the U.S. and the United Nations on Aug. 17, 2012. That the dissidents had signed agreements providing for their protection under the 4th Geneva Convention also seemed not to matter.

Since the attack, hundreds of Iranian dissidents have been on hunger strike for more than three months in an effort to keep the world from forgetting their plight. Although this tactic is largely unfamiliar to Americans, Mandela, Gandhi and King used hunger strikes to great effect to build awareness of injustice and promote social change.

By honoring those in the Iranian resistance – whose principled opposition, peaceful protest, and commitment to democratic ideals stands in stark contrast to the regime’s autocratic rule – U.S. officials will position themselves on the right side of history.

Speaking from the White House briefing room shortly after Mandela’s passing, President Obama remembered his fellow Nobel Peace Prize recipient as a “a man who took history in his hands and bent the arc of the moral universe toward justice.”

U.S. policymakers can honor Mandela’s life by acknowledging that his disciples live on in the Iranian opposition.