Time Magazine Still Has The Hots For Che Guevara 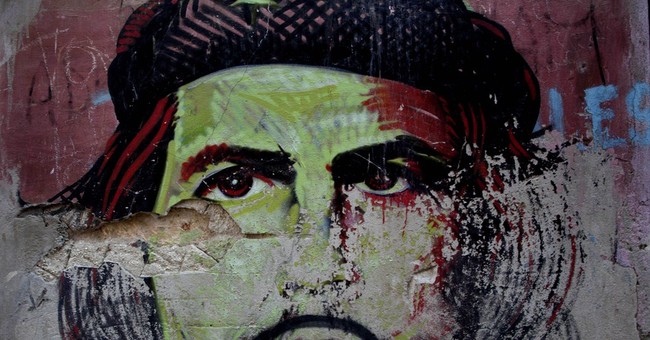 On the 48th anniversary of his death last Friday Time Magazine ran yet another love note to mass-murderer and terrorist Ernesto Guevara, better known as “Che.” “How Che Guevara Didn’t Let Asthma Affect His Ambitions,” ran the Time headline.

Among other details of his relatively short life, (he was executed n Oct. 9, 1967, at age 39) from Time we learn that Ernesto Guevara was “born premature—tiny and sickly.” “Although he earned a medical degree before embarking on his communist crusades,” Time continues, “he didn’t focus on respiratory ailments.’

“My boy is a very busy young man,” Time quotes Ernesto’s proud Argentinean mom from 1961. “He has recently been examined by a Soviet doctor, who prescribed some pills for his asthma that are doing him lots of good.”

In fact, regarding their Che crush Time seems to have mellowed. In 1999, for instance, when Time magazine hailed “The 100 Most Important People of the Century,” Che Guevara was among them, which at first glance seems reasonable. The term “important,” after all, can be construed as morally-neutral.

But Time placed Che in its "Heroes and Icons" category of the Century’s Most Important People, alongside Anne Frank, Rosa Parks and Mother Theresa. Sean Hannity’s former partner Alan Colmes scoffed when I pointed to Time’s classification of Che’s “heroism” as a classic example of the ignorance (if not outright insanity) of the mainstream media’s treatment of the mass-murdering terrorist. Colmes flat-out refused to believe me, smirkingly implying to his huge TV audience that I was a typical right-wing Cuban-American crackpot.

But he gaped (semi) apologetically when I produced the documentation on his very show.

Now regarding that medical degree that Time mentions in both last week’s “human-interest” tickler about the can-do, positive-thinking Che Guevara and in their 1999 encomium to their “Hero and Icon of the Century.”

In fact, despite Time’s claim, no genuine record exists of Ernesto Guevara's Medical degree. Nothing turned up even after a very diligent search for the elusive document was conducted in Argentina itself (Ernesto’s Guevara’ birthplace) by a very thorough researcher.

The diligent researcher was Dr. Enrique Ros, author and the late father of Rep. Ileana Ros-Lehtinen (R-FL) Chairman emeritus of the House Committee on Foreign Affairs—who incidentally, made a blockbuster book on Che Guevara required-reading for her colleagues on Capitol Hill.

When Cuban-American historian Enrique Ros inquired of the Rector of the University of Buenos Aires and the head of its Office of Academic Affairs for copies or proof of Ernesto Guevara’s medical degree, he was variously told that the records had been misplaced or perhaps even “stolen.”

Hah! Just like those dastardly Cuban-Americans to grapple and lock-pick their way into the University’s of Buenos Aires file room and steal Ernesto Guevara’s diploma! Heck, weren’t the Watergate “plumbers” Cuban-Americans!

Fascinatingly enough, the only copy of Ernesto Guevara’s Medical degree (supposedly earned in Argentina) was issued by—prepare for a shock—the Castro regime! Naturally such a source qualifies as hunky-dory for Time magazine..

In fact, for all the “heroism” Time attributes to him, the one genuine accomplishment in Che Guevara's life was the mass-murder of defenseless men and boys. Under his own gun dozens died. Under his orders thousands crumpled. At everything else Che Guevara failed abysmally, even comically.

"The facts and figures are irrefutable. No one will any longer be able to claim ignorance or uncertainty about the criminal nature of Communism," wrote the New York Times (no less!) about The Black Book of Communism. This “irrefutable” study on Communism’s crimes was edited by the head of France’s National Centre for Scientific Research, Stephane Courtois (not exactly an embittered dispossessed Cuban exile) and translated into English by Harvard University Press (not exactly a subsidiary of the John Birch Society.)

This impeccably high-brow scholarly study found that Castro and Guevara’s firing squads murdered between 15 and 17 thousand Cubans, the equivalent, given the U.S. population, of almost one million executions.

But enough about Cubans. Let’s come home for a second. Fortunately for Time magazine (headquartered in Manhattan) on Nov. 17, 1962 as the clock clicked down on a terror plot that might have incinerated and entombed more people than Al Qaeda’s on 9/11, a man they vilify (J. Edgar Hoover) thwarted their “hero and icon” (Che Guevara.)

Che Guevara headed Cuba’s “Foreign Liberation (i.e. terrorism) Dept.” at the time and his agents had targeted Macy’s, Gimbel’s, Bloomingdales, and Manhattan’s Grand Central Station with a dozen incendiary devices and 500 kilos of TNT. The holocaust was set for detonation the following week, on the day after Thanksgiving. Macy’s serves 50,000 shoppers on that one day. More details on this hair-raising terror plot here from Townhall.

Castro and Che planned their Manhattan holocaust just weeks after Nikita Khrushchev foiled their plans for an even bigger massacre during the Cuban Missile Crisis. “If the missiles had remained,” Che Guevara confided to The London Daily Worker the following month, “we would have used them against the very heart of the U.S., including (Time mag. headquarters) New York City.”