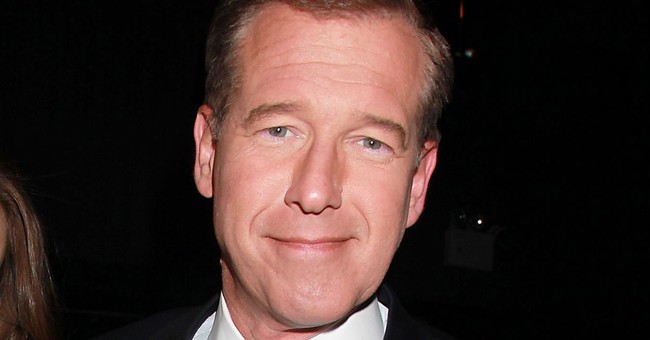 Brian Williams recently “shocked” many Americans with his disingenuous reporting. His claims of perilous combat coverage in Iraq and dramatic Hurricane Katrina coverage in New Orleans appear bogus. After suspending him for 6 months, NBC is now investigating its top anchor, attempting to “get at the truth.” Right. Same as the Warren Commission.

But in fact, Brian Williams’ style of NBC reporting has its adherents. Take the Castro regime. A red carpet, honor-guard and a 21-gun salute (figuratively speaking) is what NBC always finds upon their frequent visits to “report” from Cuba.

Gosh? I wonder why? Maybe these quotes provide a clue:

“Much more valuable than rural recruits for our guerrilla force, were American media recruits to export our propaganda.” (Ernesto “Che” Guevara.)

“The vetting procedure starts the minute the (Cuban) regime receives your visa application. When your smiling Cuban “guides” greet you at the airport they know plenty about you, and from several angles.” (Chris Simmons, the Defense Intelligence Agency’s top Cuban spycatcher, now retired.)

“The Castro regime assigns 20 security agents to follow and monitor every foreign journalist. You play the regime’s game and practice self–censorship or you’re gone.” (Vicente Botin, reporter for Madrid’s El Pais who was booted from Cuba for taking his job title seriously.)

Nobody ever called the Castro brothers stupid. They instantly recognize an ally (or a sap)--which brings us to NBC.

OK, let's see if some trifling items regarding these favorite NBC guest's backgrounds just might conceivably tinge their commentary, shall we:

For the past 36 years Havana resident Gail Reed has also been married to a KGB-trained officer of Cuba’s KGB-founded-funded and mentored Directorio General de Intelligencia named Julian Torres Rizo. Reed is also a regular contributor to Cuba’s Communist party organ, Granma. In 1991 she was tasked by the Castro regime with writing its official “Island in the Storm: the Cuban Communist Party's Fourth Congress," a not inconsiderable honor. From 1994 to 1996 Reed served as a Havana-based producer for NBC News.

This communist apparatchik served in all these capacities for a Stalinist terror-sponsoring regime while also working for NBC. Not that any American viewers (outside a few tiny enclaves in south Florida) imbibing her reports on the marvels of Cuba’s healthcare and the wicked U.S. “Blockade” of her adopted country in those “mainstream” media organs might have guessed any of her background--or motives.

Gail Reed, you see, first visited Cuba in 1970 as a member of the Venceremos Brigades, the joint-venture by Castro’s DGI (Directorio General de Intelligencia) and the U.S. terrorist group known as The Weathermen, that included Bill Ayres and Bernadine Dorhn.

Now let's look at NBC's other favorite guest when "reporting" on Cuba, shall we:

Arturo Lopez-Levy just happens to be Cuban dictator Raul Castro’s nephew-in-law. And actually the “Levy” part is Arturo’s nom-de-agent-of-influence.The name he was known by for upwards of 30 years in Cuba before being deployed by the Castro regime to the U.S. was Arturo Lopez-Callejas. More technically this NBC favorite is first cousins with Raul Castro’s son-in-law, Maj. Luis Alberto Rodriguez Lopez-Callejas who heads the military group that owns Cuba's tourism industry.

This NBC favorite is also a graduate of Cuba's KGB-mentored spy-training center the Instituto Superior de Relaciones Internacionales, and served as an intelligence analyst for Castro's spy agency before-- POOF!—suddenly popping up in the U.S. as an instant academic guru and media favorite, via a process still mysterious.

If the above information strikes you as “kooky!” or “right-wing Cuban crackpot!” I invite you to follow the footnotes fully- documenting them here.

Oh!...and regarding Lopez-Callejas' choice of nom-de-agent-of-influence (Levy?) Well, let’s consider what the Simon Weisenthal Center’s Rabbi Abraham Cooper heard from a Castro official while visiting Alan Gross in his Havana prison cell last year: "Everyone knows that the Jews have a lot of clout in Washington.”

We might also consider this recent off-the-cuff comment from Fidel Castro himself: “The control that Israel has over the United States is enormous.”

Despite their fetish to consult and quote him, no mainstream media outlet (especially NBC) has ever mentioned Arturo Lopez-Levy's (Callejas') kinship with Cuba’s dictator much less his closer kinship with the Cuban dictator’s son-in-law, much less this son-in-laws ownership of terror-sponsoring Cuba's tourism industry, which was disclosed during a Congressional hearing by America’s top Cuba spycatcher Chris Simmons.

In brief: the head of (terror-sponsoring) Cuba's tourist industry, through the good offices of the U.S. mainstream media (and NBC in particular) has his cousin constantly lobbying for more U.S. travel to Cuba. And the U.S. public (outside a few miniscule enclaves in south Florida) remains utterly oblivious to his background, his motives, much less to what their expenditures in Cuba might mean to the Cuban people’s prospects for freedom and to U.S. security.

(Amigos: On John Stossel’s rollicking Fox Business show (Feb. 13th 9 PM eastern) I’ll be very patiently educating John and a CATO Institute “expert” (both embargo opponents) of the ramifications for the U.S. taxpayer of lifting it. Hope you can tune in.)