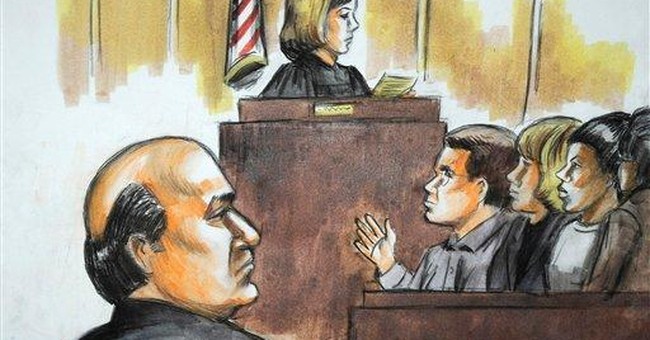 At my urging, the brains at Kithbridge put together Rezkorama.com on Thursday to provide a continually updating news feed on all things related to Tony Rezko --Barack Obama's friend, finacier and next-door empty-lot owner. It took about a nano-second for Rezkorama to be denounced as "Swiftboating" by Obama fans at Newshoggers.com, which leads me to believe that any coverage of any democratic scandal from now until the end of time will be known as "Swiftboating," for which I think the Swiftboat Veterans for truth should charge royalties.

In any event, faux outrage among the Obamians won't be stifling interest in Mr. Rezko any time soon as Rezko is standing trial on many fraud allegations in Chicago --a trial that began this week and may go on for three months, though we can only hope it drags on through the Denver Convention.

Some, like The Atlantic's Ross Douthat, are skeptical that Rezko's Obama's connections can break through, though when I explained them to him, he relented a bit.

My view is that anyone who has ever bought a home in America will understand how the Obama's profited from Rezko's friendship. They wanted a house that was too big for their budget. Rezko's wife chipped in and bought the vacant lot next door which the common owner of the house and the lot insisted be sold at the same time. There are allegations that the price of the house was lowered for the Obamas and that of the lot raised for Mrs. Rezko, but that doesn't really matter, or, more accurately, would only make things worse. What matters is that one of the country's modern Boss Tweeds did a big, big favor for the Obamas, and many think this is prohibited by Senate rules.

It would be bad even if Tony Rezko wasn't knee deep in a number of very shady deals with very shady customers. Christopher Hitchens appeared on my radio show Wednesday eager to alert my audience to Rezko's ties to Nadhmi Auchi, a particularly intriguing character whose connections are going to startle lots of observers.

Did I mention that Obama's name come up in opening arguments in the Rezko trial? Or that Obama fled a press conference focused on the matter? Or that Hillary brought up Rezko in a debate?

Suddenly the prince of fresh and the king of change looks very old fashioned, and way too close to the kind of political sleaze that he is pledged to exile from the Beltway.

All of this has exploded on the national scene in just a few short days, and Team Clinton has every incentive to throw gas on the fire, which it certainly has and will again. (Let the record show that no one from the Clinton campaign formally encouraged me to cover Rezko.) By this time next week, who knows what we will know.