Encryption is Not a Threat to Our Safety, But Political Correctness is

Helen Raleigh
|
Posted: Feb 27, 2016 12:01 AM
Share   Tweet
The opinions expressed by columnists are their own and do not necessarily represent the views of Townhall.com. 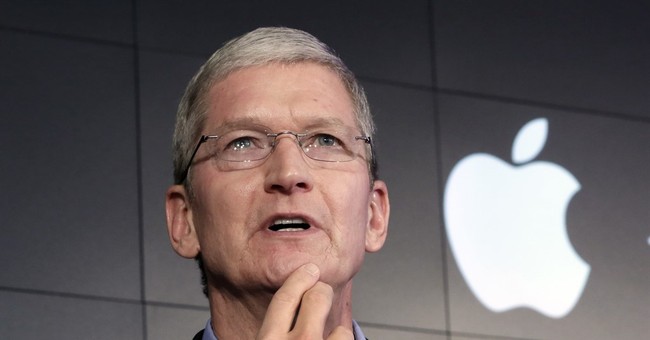 The legal battle between Apple, Inc and the US government has no sign of abating. Tim Cook, CEO of Apple, indicated that he is willing to fight the US government all the way to the Supreme Court. Apple Inc. just upped the ante by announcing that its engineers are working on new iPhone security features, which would make the iphone almost impossible to hack into by the company itself or government agencies. On the other hand, many government officials and politicians argue that encryption deprives them of opportunities to track the activities of bad guys and stop them from doing harm. Some in Congress are working on a new law to compel technology companies to grant the US government "limited" access by circumventing encryption.

Supporters of either Apple or the US government have written extensively on privacy vs. security issues. But something else has been missing in the current debate. Let's revisit the San Bernardino terrorist attack. It's worth remembering that one of the San Bernardino shooters, Tashfeen Malik, didn't encrypt her radical and anti-America thoughts and ideas on Facebook prior to her visa application, they were posted for anyone to read. But our immigration officials were prevented from reviewing her easily accessible social media postings because the Secretary of Homeland Security feared a civil liberty backlash and bad PR.  There is no legal basis for the Secretary's concern. America has no obligation to grant a visa to any non-US citizen who expresses anti-America sentiment.  It was widely reported after the San Bernardino shooting that Tashfeen Malik was responsible for radicalizing her husband Syed. Had someone at the Department of Homeland done half an hour google search, and accordingly denied Tashfeen's fiancées visa,  fourteen lives in San Bernardino could have been saved.

Failing to vet Tashfeen  Malik adequately was not an outlier case. The leadership of the Department of Homeland security has a history of " willingness to compromise the security of citizens for the ideological rigidity of political correctness." Philip Haney, a former officer who spent 15 years at the Department of Homeland Security (DHS), wrote for the Hill recently that back in  2009, he was ordered by his supervisor at DHS " to delete or modify several hundred records of individuals tied to designated Islamist terror groups like Hamas from the important federal database, the Treasury Enforcement Communications System (TECS)."

So let's be clear. It's not for lack of technological knowhow or personnel, but the insistence of political correctness and willful ignorance of the leadership of the Department of Homeland Security that the government failed to stop terrorists and protect Americans. Yet Jeh Johnson, the Secretary of the Department of Homeland Security, still hasn't made any policy change.

But who could blame him? His boss, President Obama, has been the master of political correctness and willful ignorance. He and his administration's refusal to acknowledge the link between radical Islam and terrorism has handcuffed law enforcement and intelligence personnel from using means readily available, many of which are very low tech,  to catch the bad guys before they can do any harm to innocent people. The hyper sensitivity of political correctness has even spilled over from the law enforcement to ordinary citizens. When an alert neighbor of the San Bernardino shooters saw something suspicious days before the shooting, she was afraid of saying something out of the fear of being called a "racist."

As George Orwell once said, "during the time of universal deceit, telling the truth became a revolutionary act." Looking back, the San Bernardino shooting should have been prevented. We failed not because of an encrypted iphone, but because people at all levels willingly conformed to political correctness. I suspect current the widely publicized PR and legal battles between FBI and Apple to be our government's stealth effort to shift American people's attention away from what led to the San Bernardino shooting and what really needs to be done in order to prevent the next San Bernardino tragedy.

Even if Apple caved to the government demand and built a back door access to its iphone, we as a nation are not any safer.  As long as we continue to place political correctness above speaking the truth, we will continue to witness a law and order breakdown.