Untapping the Wells of American Prosperity 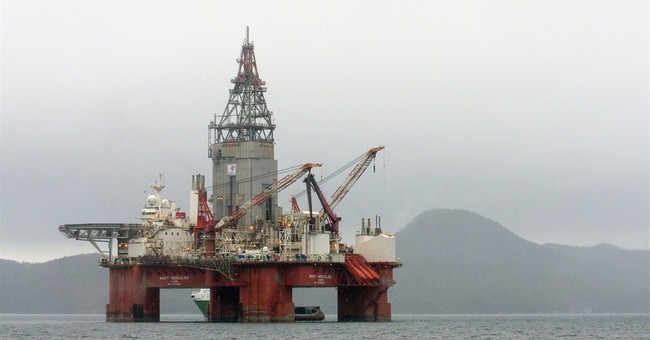 While the United States remains the wealthiest nation in the world—first by Gross Domestic Product, seventh by average income—many Americans have been struggling financially in recent years. As the Washington Post reported in April:

Wages for millions of American workers, particularly those without college degrees, have flat-lined. Census figures show the median household income in 2012 was no higher than it was 25 years ago. Men’s median wages were lower than in the early 1970s. Meanwhile, many of the expenses associated with a middle-class life have increased beyond inflation.

While politicians continue to bicker about the best way to combat these problems, there are some attitudes which clearly do more harm than good. First, we must keep American problems in perspective. The Post article highlights very real issues like leaky roofs and broken dishwashers as consequences of wage stagnation. But it is important to remember that worrying about money is not the same thing as living in poverty. The United Nations Food and Agriculture Organization estimates that, worldwide, 870 million people suffer from chronic undernourishment, mostly in Asia and Sub-Saharan Africa. Nearly half the world survives on less than $3 a day. It is important to distinguish between real poverty and first world middle class problems because the prosperity we enjoy America is actually quite rare.

Second, we must not waste time demonizing the wealthy. Financial struggles make it very tempting to question whether or not the rich deserve what they have. From internet memes criticizing large corporations to vitriolic diatribes against the “1 percent,” resentment accomplishes nothing. Corporate bailouts notwithstanding, we should be focused on how to create more wealth, not on disparaging those who have it.

While most Americans favor the idea of a social safety net, it is a mistake to think that expanding that net to engulf most of the middle class will promote the kind of behavior that leads to greater prosperity. In fact, research demonstrates that greater dependence on government does not encourage the honest hard work necessarily for a thriving economy.

Last, we must not focus on short term relief at the expense of long term growth. Hard economic times understandably prompt many to look to various outside programs for support. But short term relief does not address the underlying problem, which is sluggish economic growth. Part of the solution may be to examine local economies that are growing. Innovative drilling technologies have already brought tremendous development to Texas and North Dakota (where unemployment is just 2.6 percent), and they have the potential to do the same for Oklahoma, Colorado, Louisiana and California.

America is now the world’s top oil producer. Theoretically, this domestic oil boom—in addition to reviving local economies—should have lowered fuel prices across the country, encouraging further growth. Unfortunately, inadequate pipelines and expensive ethanol mandates, along with instability in oil producing regions like Russia and the Middle East, have meant that prices have remained high even as supply has increased and demand has declined. However, it is a contributing factor that makes living in certain cities easier for the middle class.

But the oil boom is not the only factor that makes living in Houston or Dallas easier for the middle class than living somewhere like New York. The cost of housing—the single largest expense for most families— in New York is driven up by regulations on new construction and a multiplicity of taxes. This means modest earners must live in cheaper areas and then shell out even more cash for transportation.

American ingenuity created the drilling technology that is bringing economic growth to parts of the nation. Ultimately, a society’s prosperity is generated by the creativity and hard work of its citizens. For the long term health of our economy, we need policies that unleash the innovative and enterprising potential of our people.