SNAFU: Can Our Military Be Saved? 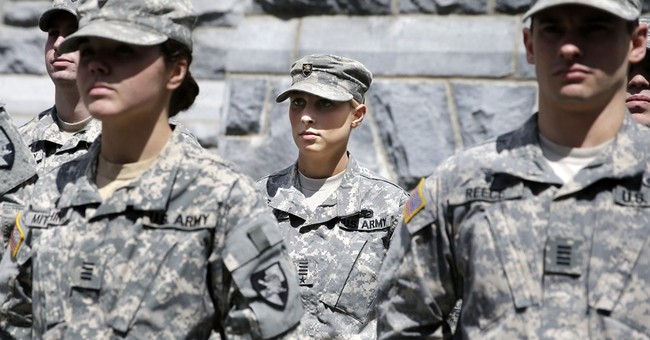 For five hundred years Ancient Rome was the world’s only major superpower. Although the Empire showed signs of weakening as early as the fourth century, that Rome could ever fall was inconceivable to Romans and their enemies alike. Yet by A.D. 500, Roman power was only a memory, and Germanic barbarians had taken the “Eternal City” for their own.

Scholars have offered countless theories for why Rome fell, but one unquestionable factor—and perhaps the only one that mattered in the end—was the slow and eventually irreversible erosion of its military readiness. Today, many Americans are deeply concerned that our own military is headed down a similar path.

Every sensible person wants to live in a peaceful country, but there are two fundamentally different views of how to best achieve this. The first holds that war is an inevitable part of the human experience and that the best way to achieve peace is to make one’s country an unattractive target for would-be attackers. The second view sees war as an anomaly that must have a specific and treatable cause. Eliminate the “cause,” and you can have world peace. The first view is often associated with constantly strengthening one’s defense capabilities, while the latter may be associated with greater reliance on efforts to appease one’s enemies.

Unfortunately, political abuse exists on both sides of the argument. Billions of pork spending is squandered in various congressional districts in the name of a robust military. In 1998, a Republican controlled Congress famously insisted the Air Force purchase more new C-130 military transport aircrafts than it wanted at a cost of billions of dollars. Critics speculated this was due to the planes being manufactured by Lockheed Martin in then-Speaker of the House Newt Gingrich’s congressional district. More recently, USA Today reported that the Pentagon was planning to destroy $1 billion of its $70 billion conventional ammunition stockpile even though some of the munitions were still usable.

On the other hand, earlier this year, Chuck Hagel announced defense spending cuts that would reduce the number of American soldiers to their pre-World War II levels. Last year’s military budget cuts reached all the way into the food budget for combat troops. (Although contrary to some internet rumors, breakfasts were not eliminated. Hot breakfasts were replaced with prepackaged rations.)

But size and spending are far from the gravest controversies surrounding the American military these days. Two divisive current “reforms” are the repeal of President Clinton’s Don’t Ask Don’t Tell Act and the movement to put women into combat. The 2010 repeal of DADT allowed, for the first time in American history, homosexuals to serve openly in the American military. Although hailed almost universally in the press as a great success, the most recent Sexual Assault Prevention & Response Office report from the Pentagon revealed that 98 percent of the men who reported unwanted sexual contact in the context of serving in the military were assaulted or harassed by other men. (The report also showed a 200 percent increase in sexual assault cases involving civilians and a 129 percent increase in cases between military personnel.)

At the same time, the White House is leading the crusade to assign women to army and marine infantry battalions. This has been framed as an argument for equal rights, but as a policy matter it amounts to the revocation of women’s historic combat exemptions. And surprisingly some of the measure’s most vocal opponents are military women themselves. According to a recent Military Times survey, just 13 percent of active duty female soldiers expressed a desire to be assigned to a land combat position.

Dominating the headlines as well, is the Veteran’s Administration scandal, which revealed government officials lying about how long veterans were waiting to see doctors at VA hospitals. VA administrators received bonuses for reducing patient wait times, but instead of taking steps to ensure veterans could see doctors promptly, they turned in false reports and collected the bonuses fraudulently. About $10 million in bonuses were handed out over three years, while many veterans died waiting to see a physician.

Add to this the controversy over trading five high level Taliban leaders for Sergeant Bowe Bergdahl and the Benghazi terrorist attacks and it is hard to argue that we are setting our military up for success. Our troops cannot be ready to defend us if they are worried about being sexually harassed on the job or failing to receive promised medical care after they retire from service. Any one of these issues would be troubling on its own, but together they paint a frightening picture of the future of our defense capabilities. If America is to last into the next century, we need to take better care of the men and women who make our currently peaceful lives possible.