The Death of Dialogue? 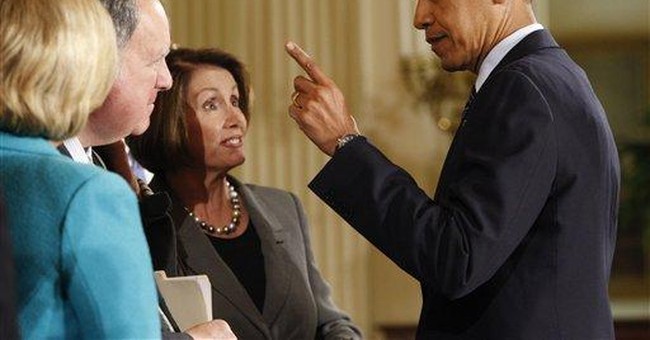 Cultural relativists like to talk about dialogue. They tell us that we need to engage in dialogue with people who are different from ourselves so that we can understand their perspective and become more tolerant. They tell us that we must listen to the voices of the marginalized and the excluded so that we can rethink our assumptions about the world.

But now that cultural relativists are well-situated in the White House and Congress, dialogue is under assault.

In its proper place, dialogue is essential to the human experience, and especially to a free society. It is the primary way that we interact as rational beings, something that no other species can do. Our very form of government is built on dialogue. Our Founders envisioned a republic where the best people in the country would gather in the halls of Congress to debate vigorously on behalf of their constituents. From city councils to the U.S. Senate, our republic is designed to facilitate discussion.

Then we were told during the stimulus vote that there was no time to read the bill. It was an emergency, after all. Our leaders proclaimed that the economic mess (caused by President Bush, they reminded us) was so dire and the need for intervention so desperate that there was no time for talk. Among other consequences of stifling debate, Bill Clinton's greatest policy achievement, the Welfare Reform of 1996, was largely overturned. Most Americans still don't know about this radical abandonment of a successful policy.

Now, bureaucracies are quietly ushering through other major regulatory changes. The U.S. Customs and Border Patrol, for example, has proposed an expanded definition of switchblade knives to effectively ban the importation of a wide variety of knives. Though this change has important Second Amendment implications, U.S. Customs and Border Patrol has insisted all public comments be submitted by mail and the comment period be limited to an inordinately brief 30 days, hardly sufficient time for a thorough airing of opinions.

Perhaps most frightening of all, some in Congress are pushing for new restrictions on our freedom to listen to the radio programs that we choose, proposing a return to the so-called Fairness Doctrine with broad regulation of broadcast ownership and content. Essential outlets of debate and opinion like talk radio could soon be subject to bureaucratic oversight.

In one sense, the threat to dialogue is larger than one political party. It is a defect of our political culture, which stages sound bite competitions in the guise of candidate debates. It is impossible to have a real discussion of the issues when each candidate has a minute to answer a question before moving onto the next weighty issue. If you want a real debate, go back to Lincoln and Douglas in 1858: The first speaker had an hour, the second speaker had an hour and a half, and the first speaker had thirty minutes to rebut. And it was over one issue: slavery. That's a real debate, one that requires real study and preparation, and real seriousness about finding policy solutions.

When our political life is reduced to a series of sound bites and talking points rather than deliberation, and if the only reason we vote for somebody in an election is that he has a pleasant slogan like "Hope and Change," we may find ourselves stuck with a crisis far worse than the one that made "Hope and Change" resonate in the first place.

No matter how much we may agree or disagree with President Obama's policies, all of us-Republican and Democrat and independent-should demand a return to substantive, constructive and civil dialogue.