Gretchen Hamel is an accomplished and battle-tested political and policy communications professional with successful experience in running advocacy campaigns and coordinating media and outreach strategies for political leaders and candidates. Through Highline Strategies, she offers strategic campaign and communication services that draw on her more than a decade of experience in our nation’s capital. During Gretchen’s tenure in Washington, she created and served as Executive Director of Public Notice and Public Notice Research & Education, whose campaign work drew national recognition. Her own op-eds and blogs appeared in USA Today,New York Times, Politico, Investor’s Business Daily, Roll Call, and U.S. News & World Report. Earlier, she served as Deputy US Trade Representative in the Office of the President, a position in handling the press coverage of the Colombia, Panama, and South Korea free trade agreements, which she was instrumental in gaining positive editorial support for an important free trade initiative in more than 100 newspapers nationwide. She began her career in Washington as press secretary for two congressmen and spokesperson for the House Republican Conference.

Gretchen also draws on her experiences growing up on farms and ranches in Oklahoma and Texas to advocate on behalf of rural America, bringing a direct and plainspoken approach to strategy. She holds both a Bachelor of Arts and a Master of Arts in communication and mass communication, is thoroughly knowledgeable of digital and social media, and is widely recognized as a compelling spokesperson, having appeared as a commentator on such popular outlets as CNN, MSNBC, and Fox News. Marie Claire magazine’s US edition recently recognized Gretchen as one of America’s 50 most well connected women, and she has established relationships with many leading press representatives and opinion leaders across the country. 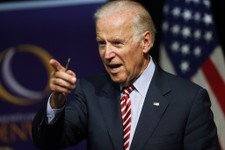 Biden is a Viable Option
By Gretchen Hamel
A firestorm of chatter in the political class was set off this weekend by a New York Times article revealing ...
August 03, 2015 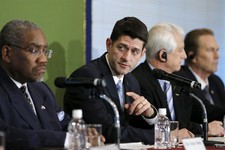 The Faces of Trade
By Gretchen Hamel
While the leaders on Capitol Hill fight across the aisle over the Trade Promotion Authority (TPA) bill and its amendments, ...
June 05, 2015 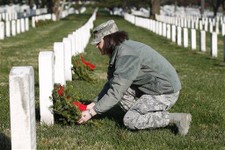 Memorial Day Is Anything But A Holiday
By Gretchen Hamel
This Memorial Day, in-between the water balloon fights at the backyard BBQs and roasting of marshmallows around the camp fire, ...
May 25, 2015 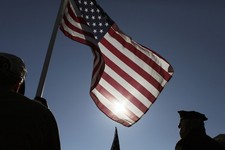