The Faces of Trade 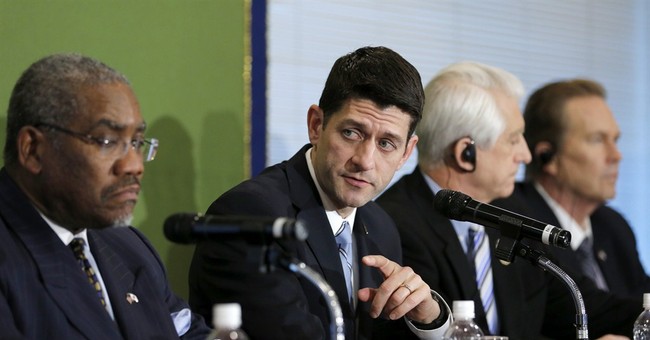 While the leaders on Capitol Hill fight across the aisle over the Trade Promotion Authority (TPA) bill and its amendments, it’s hard to see what is being lost in translation. The many faces of trade and those who benefit from it don’t seem to be part of the conversation. The American people have been lost in this debate. It’s time for Congress and the President to wake up and realize from the farmers to the manufacturer's, trade is essential to the US economy.

From a business standpoint, trade is crucial. Ninety-five percent of the world’s population lives outside of the United States. Without trade agreements, American businesses are limited in who they can sell to and the last thing the government should do is limit businesses in this way. It’s the government’s job to remove barriers to trade by negotiating, passing and implementing trade agreements. TPA is a tool for our elected officials achieve that by creating a bridge between Congress and the White House. This bill creates a better, faster way to arrange trade deals with some of the world’s largest economies.

This not only means more growth and sales for large companies but for small businesses too. Ninety-seven percent of companies exporting their goods are small and medium-sized business. Trade deals affect everyone from the mom and pop store down the street with 20 employees to the bigger company downtown with 120. Everyone has a stake in trade.

The same can be said for the manufacturing world where it has been estimated that 25% of all manufacturing jobs a supported by exports to other countries. This delicate balance of importing and exporting is essential to a vibrant economy and a prosperous economic outlook. If a small American manufacturing firm sells a portion of their products overseas and face high tariffs, they lose that crucial ability to compete. That means less profits and fewer jobs right here at home.

As Washington politicians debate the details of the Fast Track bill, Americas’ farmers and port workers also wait in the wings to see how their industries will be affected. They are included in the 38 million American jobs that trade supports. America’s farms are fruitful enough to feed our nation and others and our farmers deserve a chance to bring their harvest to the world’s market. These are the faces of trade.

Yet another face of trade is our nation's ports. Exports and imports so often come through these maritime channels. More exporting benefits port workers, unions and the shipping industry. The port workers in California won’t have to bother fighting for higher pay if trade takes a hit and the port industry dries up. Looking at the lockout in terms of wages and not in terms of the larger industry as a whole is shortsighted.

And of course aside from businesses, farmers, manufacturers and port workers, we are all the faces of trade. As consumers we all have a stake in the game. Trade means more variety on our store shelves and lower costs. It is the difference between an American store shelf in all its colorful, competitive glory and vast array of choices vs. a Cuban store shelf with a single brand and many essential products missing. Do we really want to put any limitation on our already fragile economy? Americans pay the price when politicians debate semantics.

In the decades that TPA has been around, generation after generation have benefited from the expansion into overseas markets. America has for so long lead the way as the world’s leading economy. We can’t afford to stand back while countries like China write the rules on trade. The first step toward a better future is doing what we know works and we know Trade Promotion Authority works. We have seen it rising the tide through breaking down barriers to exporting and leveling the playing field between us and the countries we trade with. We also know that a rising tide lifts all ships.