Gregory Wrightstone
|
Posted: May 23, 2019 11:27 AM
Share   Tweet
The opinions expressed by columnists are their own and do not necessarily represent the views of Townhall.com. 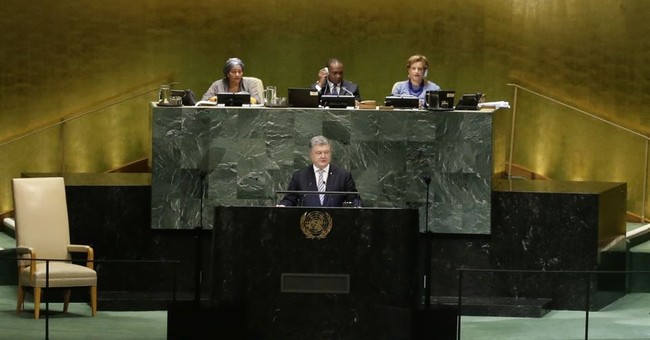 A new UN report warns that “around 1 million species already face extinction, many within decades.” That allegation was contained within the 1,800-page Intergovernmental Science-Policy Platform on Biodiversity and Ecosystem Services (IPBES) “Summary for Policy Makers,” released on May 6. If “decades” means 30 to 40 years, then the IPBES estimates an extinction rate of about 25,000 to 30,000 species annually.

Not only are there a lot of species in peril, they asserted that “the threat of extinction is also accelerating” and “most of the total extinction risk to species is estimated to have arisen in the past 40 years.”

The US House subcommittee on Water, Oceans and Wildlife convened a hearing on May 22 to review the contents of the report. Majority leader Jared Huffman (D) wasted no time in his opening remarks to make it clear that this was a politically driven hearing, not one necessarily searching for extinction truth. He contended “that despite the overwhelming evidence that we have an extinction crisis on our hands, the Trump Administration is going in the opposite direction to appease special interests and big donors.”

Fortunately, two of the six experts who were invited to testify presented damning evidence that completely contradicted the UN report’s findings of large and growing extinctions of species. Dr. Patrick Moore, Chairman of the CO2 Coalition and a founding member Greenpeace joined Marc Morano, Founder of Climate Depot in rebutting the findings of this latest climate apocalypse study.

Dr. Moore began his statement by reading a laundry list of former similar claims of looming extinctions, all of which have proven incorrect with the passage of time. He also noted that there have been less than 900 extinctions documented in the last 500 years according to the IUCN Red List, which catalogues every known species that has gone the way of the dodo and the carrier pigeon.

In his opening remarks, Marc Morano launched a withering attack on the United Nations and its attempts to influence world opinion based on sometimes faulty science. He called the latest report “a very thinly veiled attempt to hype and distort biodiversity concerns” and, pulling no punches stated “it’s the latest UN appeal to give it more money, more power, more scientific authority and more regulatory control of the economy and peoples’ lives.”

In his written testimony, Morano relied heavily on a recent analysis that I wrote exposing the scientific dishonesty and data manipulation that the UN used to arrive at their outrageous claims of tens of thousands of extinctions per year. In my review of the UN report, I found that they had used the IUCN Red List to create an ominous and frightening chart of steeply increasing extinctions since the year 1500 AD. Closer analysis revealed that they had lumped the data into only five data points of 100 years each. My reevaluation of the data in ten-year increments showed a very different story, a significant and steep decline of extinctions since a peak in the late 19th and early 20th centuries.

Recall that the UN projections were for more than 20,000 extinctions per year beginning quite soon unless we change our evil ways and reduce our consumption of fossil fuels. The Red List data and my analysis revealed some very inconvenient facts about recent extinctions; in the last 40 years, the average annual extinction rate was two per year. Not 2,000. Not 200. Two. The most recent decadal data available was from 2000 to 2009 and only four extinctions were reported in that time frame.

This new extinction study is just the latest example of the rampant misuse and abuse of the scientific process designed to sow fear of an impending climate apocalypse. The fear and alarm over purported man-made catastrophes are needed to frighten the population into gladly accepting harmful and economically crippling proposals such as the Green New Deal.

Rather than an Earth spiraling into a series of climate catastrophes that threaten the planet’s life, we find that our planet and its estimated 1.8 million species are doing just fine, thank you.