Western Policy Toward Iran Must Be Unified, for the Sake of Security and Democracy

Giulio Terzi
|
Posted: Sep 18, 2018 12:01 AM
Share   Tweet
The opinions expressed by columnists are their own and do not necessarily represent the views of Townhall.com. 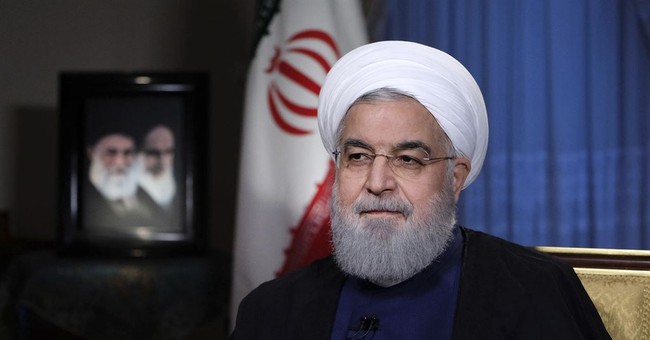 Iran is probably the most fundamental security and foreign policy challenge for European people. Yet European leaders have taken an adversarial view of the Trump White House.

As difficult as it might be for many Europeans to admit, this is one of the areas of foreign policy where the Trump administration is on the right track.

Iran policy had been overly conciliatory all throughout the West during the Obama era, and remains so among several European governments even now. However, the Trump administration, to its credit, has directed the U.S. to take a more assertive approach to, and impose tougher sanctions on, the Islamic Republic. At the end of last year, massive anti-government protests organized in large part by the People’s Mojahedin Organization of Iran (PMOI/MEK) spread all across Iran, with participants in every major city and town chanting unprecedented slogans like “death to the dictator.” In addition to reaffirming that the economic plight of ordinary Iranians had ironically worsened since the signing of the 2015 nuclear deal with the six major world powers, the protests left no doubt that the Iranian population overwhelmingly reject the ruling theocracy and are striving to establish a representative government.

The protest movement signifies that the nations of Europe are at risk of throwing away a golden opportunity to transform the future of the Middle East as protests are continuing in different shapes and forms. The president and a number of administrative officials have declared their support for the Iranian people’s struggle against the theocratic regime, emphasizing that the goal of U.S. Iran strategy is to induce comprehensive change in the behavior of the mullahs’ rule.

This is the only sensible policy both for the U.S. and its European allies. The humanitarian goal of improving the everyday life of the people of Iran should be an imperative for Western countries. That should certainly stand as a motivating factor for nations which strive to be, finally, on the same page as they set their policies in advance of the UN General Assembly in New York, in Brussels and in Washington. Gross human rights violations by the mullahs’ regime and its violent repressions of widespread demonstrations lend urgency to a US-EU common strategy driven by national security interests. The 2018 Iran Uprising Summit scheduled simultaneous with the UNGA will underscore the imperative of adopting such a strategy.

While some arm chair pundits have opined that a more assertive stance with the Islamic Republic would only raise the prospects of open conflict, the experience of more than a decade proves the opposite. Indeed, the failure to confront the regime has led to an increase in terrorist activities and to threats of asymmetrical warfare, such as the deployment of Iran-backed terrorist operatives against Western targets in the Middle East.

This is not just a theory. Tehran has already attempted such actions this year, and on more than one occasion. A case in point was on June 30, when multiple European authorities foiled a plot to bomb the international rally in Paris in support of Iran freedom. Tens of thousands of people as well as hundreds of American and European dignitaries and the Iranian opposition leader Maryam Rajavi, took part in the global event. If it were not for the vigilance of European security agencies, the results would have been catastrophic.

On July 1st, German authorities arrested an Iranian diplomat en route to Austria where he enjoyed diplomatic immunity. The German Federal Prosecutor said that diplomat had given the order for the operation and personally handed over the bomb to the terrorists before they were arrested in Belgium. A similar bombing plot involving Iran was thwarted in Albania in March.

These and other incidents demonstrate that the Iranian regime is committed to carry out major terrorist attacks in a way similar to ISIS on European territory. In fact, Iran represents a much greater threat than ISIS because of the huge financial, military, and intelligence resources the regime directly or indirectly allocates to its proxies such as Hezbollah, the Islamic Jihad, and even elements of Al Qaeda, Taliban, and other jihadist groups. All this has been determined over the years by American and European Courts and Institutions, intelligence reports and international Jurisdictions.

Despite such a nefarious track record, actions taken to prevent, deter and dismantle the Iranian dangerous web of terror have proven inadequate.  It is for this reason that Tehran feels emboldened by Europe’s reluctance to directly confront Iran despite direct threats to national security of European states and citizens.

Mr. Terzi is the former Foreign Minister of Italy.