Gil Gutknecht
|
Posted: Jun 21, 2020 12:01 AM
Share   Tweet
The opinions expressed by columnists are their own and do not necessarily represent the views of Townhall.com. 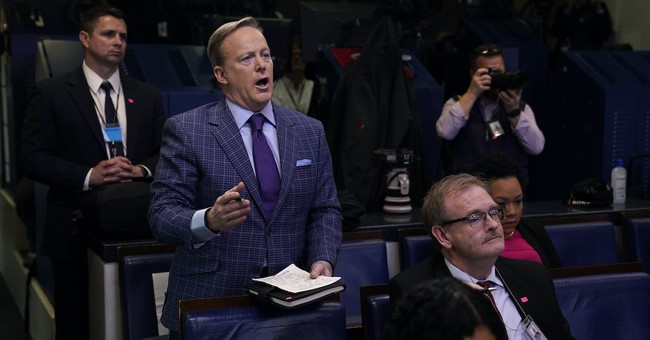 Whatever happened to professional journalism? When did they decide to stop focusing on basic questions like who, what, where, when and how? Why can’t they ask fairly basic questions to the very people who have the answers? Are reporters today overtly partisan or are they just intellectually lazy? Or are they hopelessly corrupt?

Why was President Obama treated so differently than President Trump? Are we just imagining this? Didn’t it seem like Team Obama (and Team Hillary for that matter) got mostly softballs? How often does the media use the word “claimed” when reporting Democrat statements?

And when and why did Matt Drudge decide to join the jackals on the left?

Why do the media refer to people who are in our country illegally as undocumented? Don’t they know that most of them have documents such as counterfeit (Puerto Rican) birth certificates, stolen Social Security numbers and/or driver’s licenses obtained surreptitiously? Aren’t these documents nonetheless? So, what exactly does the word undocumented really mean?

Rewatching the film The Big Short the other day, I wondered how did the Federal Reserve and the SEC allow the sub-prime Ponzi scheme to spiral out of control, wrecking our economy? Is it true that only one person went to jail? Why did Hank Paulson elect to allow one bank (Lehman Brothers) to collapse while demanding a bailout for all the rest, including his former colleagues at Goldman Sachs? Was he ever asked about conflicts of interest? Remember how Congress was stampeded into the bailouts before they had time to ask any serious questions?

Why hasn’t Robert Mueller been asked some simple questions? If you knew within days of accepting the appointment that there was no evidence of Trump-Russia collusion, why did you keep it going? Did you ask Mr. Rosenstein to expand the scope of your investigation or was that his idea? Do you now feel that your investigators concealed critical evidence that disproved their collusion narrative? Were you and your non-government lawyers paid a salary or did you bill the Justice Department on an hourly rate? If hourly, what were those rates? Given what we now know Mr. Mueller, don’t you believe that taxpayers deserve some of their money back?

Representative Schiff, wasn’t it you who said repeatedly on news programs that you had seen evidence of Russian collusion with the Trump campaign? Since all of the witnesses testified under oath that there was no such evidence, when do you plan to share your evidence? If you cannot, don’t you believe you should resign for lying to Congress and to the American people on such an important subject? Or do you believe that the “we all do it” is an adequate defense?

Dr. Fauci, are you aware that South Dakota Governor Kristi Noam refused to shut her state down while neighboring Minnesota remains largely locked down? Do you recall that Governor Noam also volunteered to do widespread testing of hydroxychloroquine? Have you seen that the latest death rate per 100,000 from the Wuhan virus in South Dakota is nearly one third the death rate in Minnesota? Can you explain this dramatic difference? How does this square with the promise that all decisions would be data driven?

Why is Rep. Ilan Omar leading the charge to defund the police in her congressional district?

Will traffic lights and speed limits become optional in Minneapolis? Does she really think teams of social workers can break up bar fights on a Saturday night? How will her constituents react to her living and working protected by a small army of Capitol Police, while they are left to fend for themselves?

Finally, what was with Speaker Pelosi and her leadership team kneeling for almost nine minutes the other day? Has she ever knelt that long for a 28-year-old Marine who was killed in the line of duty, leaving a wife and three small children? Did she realize that the scarf she wore was from the Akan Tribe of Ghana?

Was she completely oblivious to the fact that they were the first tribe to sell African slaves to buyers in Europe and the Americas?

Isn’t it sad that our media has no interest in questions like these?