The Problem with Experts

Gil Gutknecht
|
Posted: Apr 05, 2020 12:01 AM
Share   Tweet
The opinions expressed by columnists are their own and do not necessarily represent the views of Townhall.com. 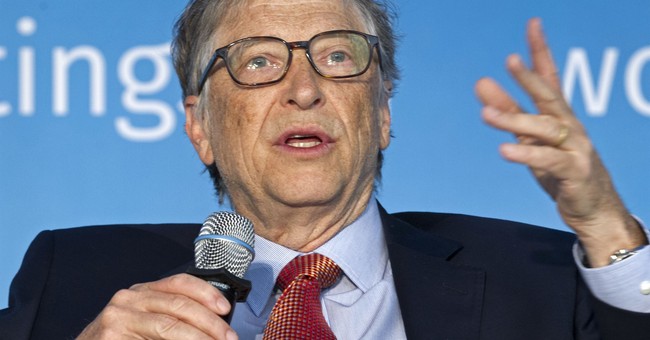 If your name is Bill Gates, it’s safe to assume that you are not living paycheck to paycheck. So, his suggestion of closing down the entire economy for at least two months is of little consequence to him and his family. They won’t miss a mortgage payment or fret the MasterCard bill.

The same can be said for many of the other experts who are recommending a nearly total shutdown of American commerce. The creators of the alarming models. The ones who daily speculate about the potential death toll. The ones who groaned when Dr. Oz suggested that hydroxychloroquine, a drug commonly used to treat malaria for 70 years might be effective against this virus. Remember the ones who even refused to allow Americans access to the drug? Almost all of them (including Governors) are government employees. They get paid every two weeks.

Their recommendations cost them little, personally.

Consider the costs of their expensive regulation proposals. With no personal downside for experts, it makes it easier to recommend draconian fifty dollar solutions to ten dollar problems.

The price tag is not their problem. And being wrong carries no consequence.

We’ve seen this play out before. The scientists who developed the hockey stick climate models were tenured professors and government-paid experts. The consensus of scientists who joined their chorus were as well. Hollywood types were happy to add their two cents worth, as long as they could keep their Gulfstreams. Scientists who worked in the private sector, the ones who raised legitimate questions about the models were shamed and called climate deniers. Remember?

The solutions for their supposed climate calamity now sound eerily familiar. We simply must shut down large sections of our economy. Energy companies and airlines first. The world will end in (fill in the blank) years if we don’t follow their expert advice. Fanning the flames of fear to force change is a proven strategy. They all get to pat themselves on the back, impose their recommendations on the unwashed masses while never missing a paycheck. They get a jolt of feel-good endorphins. We get a lower standard of living. But that of course, is not their problem.

Was it just a coincidence that our friends on the Left wanted to load up the $2 Trillion stimulus bill with thick slices of the Green New Deal? As long as we are already subsidizing the closing down large sections of the economy, why not make some parts permanent?

Much of the same can be said for many of our corporate leaders. While they prepare for massive layoffs of their employees, they line up for huge bailouts from Uncle Sam. We are already hearing about some slashing dividends for shareholders. How many of these execs are forgoing their generous pay packages?

We now see that shared sacrifice has its limits. The fact is that half of our citizens are being asked to bear the costs of “flattening the curve.” The other half continue to get their pensions, social security and salaries.

Would government workers be as quiet if they were furloughed in proportionate numbers to the layoffs in the private sector? Would some professors be demanding that colleges reopen if they weren’t getting paid?

This is not to second guess or say that these experts are bad people. They are well-intentioned. We don’t have to question their motives. But, it is fair to question the recommendations from experts when they create enormous financial pain. Pain which they will never personally feel. Would those experts make the same recommendations if they were forced to lay off a third of their associates? People they know and work with?

With all do respect to Mr. Gates, assuming we follow his advice and close down everything for another two months, is there any guarantee that the virus won’t spring back when we do re-open? Couldn’t we be right back at square one? What then?

No one would argue that the situation we face is not serious. Especially for seniors and those with compromised health conditions. We are in a war. But, if we are all in the same boat, then everyone should share in the consequences of expensive proposals. Especially the experts.