340B Drug Program a Boondoggle? Hardly 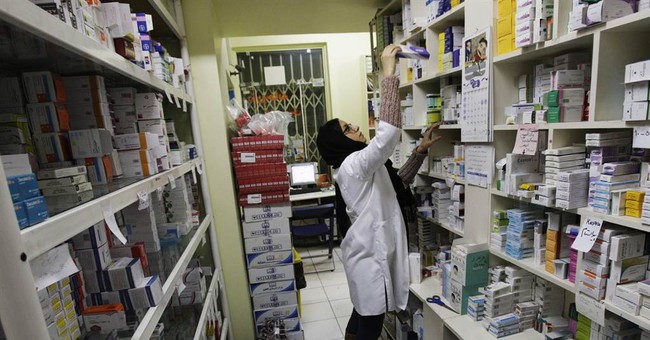 Webster's dictionary describes a boondoggle as "a project funded by the federal government out of political favoritism that is of no real value to the community or the nation." The 340B drug discount program is happily none of the above.

Dan Horowitz, in his attack on the program, works overtime to give the impression that 340B is taxpayer funded and the product of a liberal conspiracy. Both assertions are just laughably wrong. The program was created with bi-partisan congressional support and signed into law by Republican President George H. W. Bush in 1992. It relies on the pharmaceutical industry to supply discounted medications to health providers that treat high numbers of poor patients.

It's a program I was proud to support when I was a member of Congress because it's an effective private-sector solution that all conservatives should like. Indeed, it is among the only government sanctioned health programs that actually works as intended.

Congress created the 340B program to allow hospitals that treat high numbers of low-income Medicare, Medicaid and disability patients to stretch resources. Many of these safety-net hospitals run on razor-thin margins. For scores of rural hospitals (mostly in Republican districts) the 340B program literally helps keep the doors open.

How it works is simple. Hospitals take the discounted medications and provide them low-cost or at no cost to needy patients. They also provide them to patients with health coverage, whose insurers pay the hospitals for the drugs at negotiated rates. Contrary to what the drug industry purports, that's exactly what Congress intended when it created the 340B program. Safety-net providers use the proceeds to help fund diabetes, dental, cardiac and cancer clinics and other services to for their uninsured and underinsured patients.

Treating the poor is incredibly expensive. Safety-net hospitals provide $25 billion in uncompensated care every year and they treat twice as many low-income patients as other providers.

Mr. Horowitz claims that 340B hospitals are not accountable. That assertion will come as a surprise to the 363 providers that have been audited by the government since 2012. And how many audits have there been of drug manufacturers so far? One. The results were not made public. But, we do know pharmaceutical companies have been fined billions for overcharging the government and hospitals over the last few years.

Consider the pharmaceutical industry's profiteering on prescription drugs sold in here America. If you haven't bought prescription drugs in the last few years, you are in for a shock! Prices are up 2800 percent for some medicines. They gouge Americans and sell medications cheaply in

much of the rest of the world. A course of the overpriced drug Sovaldi for Hepatitis C costs $84,000 here in America. That same drug costs only $900 in India.

In truth, it is the politically connected drug companies with generous political action committees that daily work the halls of Congress. They maximize profits at our expense. Americans are paying a dear price every day at the drug counter and in their taxes.

The pharmaceutical industry is spending a great deal of money and effort to derail the 340B program. Why? Maybe it is because they really don't like having to do their part to help care for the underserved here in the U.S.