All Shall Not Be Lost 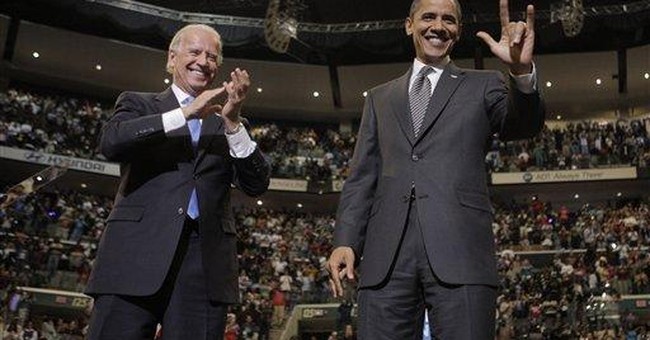 WASHINGTON -- By midnight Tuesday, millions of conservatives probably will believe that the nation, foundering on the reefs of sin, is ruined. And millions of "progressives," emboldened to embrace truth in labeling by again calling themselves liberals, probably will have decided that Heaven is at hand, the nation revived like a flower in an April shower.

In any case, political numeracy can illuminate the hours before midnight. So as Tuesday's numbers accumulate, here are some benchmarks to bear in mind:

The House of Representatives currently has 235 Democrats and 199 Republicans; the Senate has 51 Democrats (including two independents who caucus with the Democrats) and 49 Republicans. Republican losses on Tuesday should be measured against the aftermath of two debacles a decade apart.

Five Deep South states -- South Carolina, Georgia, Alabama, Mississippi and Louisiana -- voted for Goldwater in 1964, the first time they had gone Republican since Reconstruction, except for Louisiana's vote for Dwight Eisenhower in 1956. In 1968, they voted for a third-party candidate, George Wallace. In 1972, they voted for Richard Nixon over George McGovern. In 1976, they voted for Jimmy Carter, the Georgia Democrat, over President Gerald Ford. In 1980, Carter again carried Georgia, and averaged a healthy 47.3 percent of the votes in the other four. Since then, only two of the five have voted Democratic -- Bill Clinton carried Georgia in 1992 and Louisiana in 1992 and 1996. Since 1980, Democratic presidential candidates have averaged only 42.5 percent of the vote in the five states. Measure Barack Obama's performance there -- built upon increased turnout of African-Americans, who are 30 percent of the five states' combined populations -- against that 42.5 percent.

Eleven states with 63 electoral votes have not voted Democratic in the 10 elections since 1964: Alaska, Utah, Wyoming, Idaho, North Dakota, South Dakota, Oklahoma, Kansas, Nebraska, Indiana and Virginia. On election eve, Obama is competitive in Virginia and Indiana, which Bush carried in 2004 by margins of 8.2 and 20.7 percentage points, respectively. In Nebraska, which is one of two states (Maine is the other) that allocate an electoral vote to the candidate who carries each congressional district, Obama might win the 2nd District (Omaha). In 2004, George W. Bush beat John Kerry there by 22 percentage points.

Seven states with 60 electoral votes have voted Democratic only once since 1964: North Carolina, South Carolina, Alabama, Mississippi, Montana, Colorado and Arizona. It will not be startling if Obama carries two -- Colorado and North Carolina. In 2004, Bush carried them by 4.7 and 12.4 percentage points, respectively.

Coloradans and Nebraskans will vote Tuesday on measures to ban government-administered racial preferences in public employment, public education and public contracting. Voters have emphatically passed such measures in California (1996), Washington (1998) and Michigan (2006). If Colorado and Nebraska pass those measures, that will be evidence -- not counter to, but in addition to, the Obama candidacy -- that Americans are eager to put racial politics behind them.

The most radical measure at issue Tuesday is on the Massachusetts ballot. Question 1 would abolish the state income tax, which raises $12.5 billion a year -- more than 40 percent of the state's budget. In 2002, a similar measure, although not much debated or even noticed, won 45 percent of the vote. Abolishing the tax would save the average taxpayer $3,600 a year, a sum that looms larger as taxpayers' investment portfolios become smaller.

Tuesday night might be chaotic: Elections are government undertakings, so they are not expected to be well run, and judging by the multiplying warnings that voting arrangements might buckle under the weight of predictably large turnouts, Election Day seems to have taken many state and local governments by surprise, yet again. Such dreary developments, anticipated with certainty, must be borne philosophically.