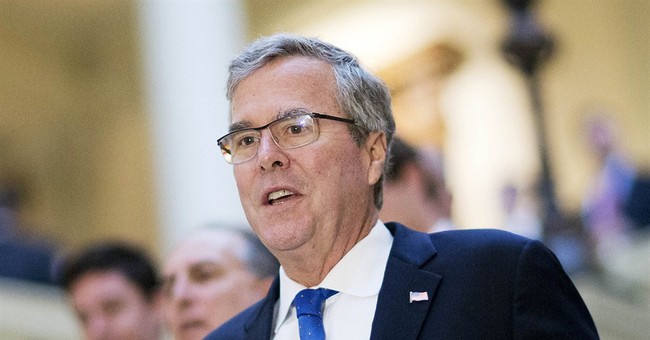 It doesn’t matter what the Republican base wants or whom the well-known pundits like. The fact is, the so-called “independent” voters of New Hampshire are likely to pick the next Republican nominee for US President.

Since 1968 there have been only two times—1996 and 2000—when the New Hampshire Republican primary winner did not eventually become the party’s nominee for President. By contrast, the Iowa Caucuses’ winner has gone on to the nomination only six times in the last ten election cycles and Iowa did not choose the winning nominee the last two elections. Somehow, winning the New Hampshire primary thrusts a candidate into an almost unstoppable lead for the nomination.

Note, for example, John McCain’s campaign in 2007-8. McCain was arguably the least popular candidate among a crowded field of Republicans that cycle. In December 2007, just three weeks before the Iowa Caucuses and a month before the New Hampshire primary, the Arizona senator was the favorite of only 7% of likely Republican voters in a New York Times/CBS poll, tied with Fred Thompson and far behind Mitt Romney (16%) and Mike Huckabee (21%). (NY Times, Dec 11, 2007) Yet, on January 8, 2008, McCain won the New Hampshire primary with 37% of the vote, well ahead of second place finisher Mitt Romney, who had 31.56% of the vote.

How did that happen? Certainly, McCain got a slightly higher percentage of New Hampshire’s Republican vote, in a state where most Republicans support legalized abortion. But more importantly, New Hampshire has an open primary, which is to say, “independents” can vote in either the Republican or Democrat primary. An ABC News article from January 10, 2012, stated that 41% of New Hampshire voters were registered as “undeclared,” while only 30% are registered Republicans. Of those undeclared voters, 38% chose McCain in 2008, compared to 30% for Romney, more than enough to give the Arizona “Maverick” the win.

If it is so that New Hampshire “independents” are capable of swinging a primary to a certain candidate and, therefore, choosing the party’s nominee, that begs the question: Who are New Hampshire’s “independents?” Adam Nagourney in the New York Times (October 2, 2007) cites a survey which said that 45% of them were leaning Democrat while only 30% were leaning Republican. And perhaps much of the remaining 25% lean left too, but are reluctant to say so.

Of course, they are free to vote in the Democrat primary as well the Republican primary. So, on primary day they can choose the one in which they can do the most good or the most damage, depending on their perspective. Assuming most of the independent voters lean Democrat, and assuming that all of the Democrat candidates are acceptable, they may decide it would be more effective to pick the Republican nominee. And which one would they choose? They would choose the one who is a) least likely to win in November, or b) the one who embraces much of the Democrat agenda, or c) someone who is a) and b) combined.

A perfect example is John McCain. Not only was the Arizona senator one of the least popular candidates in the 2008 primary season, he was also furthest to the left. In 2006 the American Conservative Union gave the Arizona “Maverick” 65% and ranked him fourth from the bottom in the Senate, only higher than Lincoln Chaffee, Susan Collins, Olympia Snowe, and Arlen Specter. Ann Coulter even said she would vote for Hillary Clinton before McCain.

Republicans, therefore, are unique in the world of politics in allowing the opposition to pick their candidates for the highest post. It happens in New Hampshire, because the Granite State has the first primary in the election cycle and it is an “open” primary. It would be easy to fix the problem—allow only registered Republicans to vote or move New Hampshire behind some other primaries on the calendar so that it has little effect. However, neither of those fixes is likely to happen. So, once again former Massachusetts Democrats calling themselves “New Hampshire independents” are going to pick the Republican nominee.

Which of the current crop are they likely to pick—Ted Cruz, Marco Rubio, Jeb Bush, Scott Walker, or Ben Carson? It would have to be someone who is unpopular with the Republican base, someone who supports much of the Democrat agenda, and someone who is not likely to win the general election in November. Now who would that be?