Secure the Homeland and Ignore the Jones Act Blame Game

George Landrith
|
Posted: May 08, 2018 12:01 AM
Share   Tweet
The opinions expressed by columnists are their own and do not necessarily represent the views of Townhall.com. 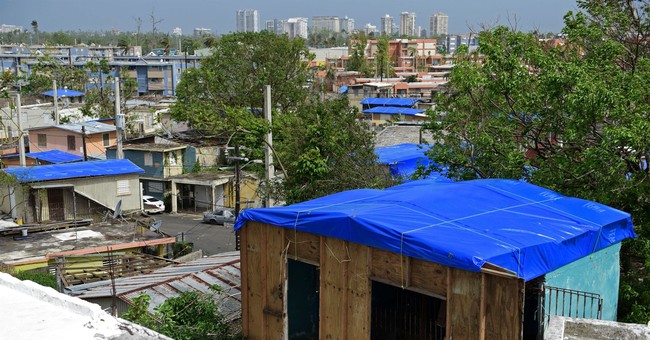 While Puerto Rico is still recovering from last year’s severe hurricane damage, the all too predictable push to blame the tragedy on the Jones Act appears to have passed — for now.  But almost like clockwork, this false blame game will be replayed whenever opponents of the Jones Act think they can spread falsehood during times of tragedy to gain a political advantage. When that next moment comes, the tired, oft-repeated, and baseless arguments will be trotted out once again.

?The Jones Act, or more precisely, the “Merchant Marine Act of 1920,” simply requires goods shipped between U.S. ports to be shipped on American vessels crewed by Americans. It does not limit foreign vessels from bringing goods to US ports. It only prevents foreign ships from carrying cargo between two or more US ports. This has a number of homeland security benefits as well as ensuring that our military has a robust merchant marine sea lift capability and ship repair industry.

Some may assume that Americans are burned out on debating the Jones Act’s merits every time there’s a hurricane or some other event that supplies the pretext to blame the nearly 100 year old law.  But when I recently spoke at a public policy conference, I saw that Americans want border security and homeland security. They also want a strong and robust military to defend the nation. The Jones Act provides all of that in spades.

Imagine if foreign flagged ships with unvetted foreign crews could not only make a delivery at New Orleans, but then sail up the Mississippi and deep into the American homeland. What if terrorists have infiltrated that crew? Imagine the national security risks that this would create!

And the national security considerations don’t stop there. The Vice Chairman of the Joint Chiefs of Staff, General Paul J. Selva, explains, “I am an ardent supporter of the Jones Act. It supports a viable ship building industry, cuts costs and produces 2,500 qualified mariners. Why would I tamper with that?”

The Jones Act provides these homeland security and military benefits at virtually no cost. If the military were to build, maintain and man its own cargo ships for carrying all the supplies that our troops need around the world, it would cost $65 billion. Where is that money supposed to come from?

Those with a political axe to grind argue that the Jones Act is responsible for Puerto Rico’s woes. This assertion is laughably false. A recent Government Accountability Office (GAO) study found that the Jones Act has helped to ensure reliable, regular service between the US and Puerto Rico — service that is important to the local economy and allows regular “just in time” service delivery, which is economically advantageous on an island where warehouse costs are high. The GAO also found that Jones Act operators provide cost-effective and reliable “backhaul” service for exports from the island. GAO also highlighted the domestic shipping companies’ substantial investment in specialized equipment for Puerto Rico, “a benefit that provides cost savings.”

Moreover, a real-life study of prices proves that the Jones Act does not increase prices to consumers in Puerto Rico.  Frontiers of Freedom, the organization that I head, created a basket of ordinary consumer goods, including things like — food, toilet paper, dish detergent, toothpaste, paper towels, spices, aluminum foil, etc. We priced these items in Orlando, Miami, and Houston and compared them to the prices in San Juan, Puerto Rico. This study revealed that the basket of goods cost the same regardless of location.

Another element of the study was to compare the cost of goods commonly purchased at various stores — Walmart, Target, Home Depot, Walgreens, and Costco. The results were the same — prices were not higher for Puerto Rico. In fact, these stores allow shoppers to ship products to their homes in Puerto Rico at the same cost as anywhere in the mainland US, with the only exception being Costco. It is revealing that the nearby Virgin Islands are not subject to the Jones Act, yet their cost of living is much higher. The Jones Act clearly does not harm consumers in Puerto Rico.

The truth is Puerto Rico has longstanding economic problems — which were not caused by recent tragic hurricanes or the Jones Act. Puerto Rico has a long history of irresponsible government that regulates its economy to the point of stagnation and that spends billions it does not have. This is why periodically, Puerto Rico seeks congressional bailouts and why an “oversight board” has been appointed.

When I spoke with conservatives at the conference about the Jones Act, they were supportive because they understood the value of protecting our homeland and of maintaining the ability to ship sensitive military cargoes securely, and of maintaining a viable, high-tech shipbuilding and ship repairing industry. They also saw through the tired, worn-out and silly arguments that get trotted out after every hurricane. This shows that George Washington was right when he said, “The truth will ultimately prevail, where there are pains taken to bring it to light.”