Gary L. Bauer is one of America’s most effective spokesmen for pro-life, pro-family, and pro-growth values. Bauer is a frequent guest on a wide variety of political talk shows and a much-in-demand speaker nationwide.

Bauer served in President Ronald Reagan's administration for eight years, as Under Secretary of Education and as President Reagan's Chief Domestic Policy Advisor. While serving at the Education Department, Bauer was named Chairman of President Reagan's Special Working Group on the Family. His report, "The Family: Preserving America's Future," was presented to the President in December 1986.

Completing his service in the Reagan White House in late 1988, Gary Bauer became President of the Family Research Council and a Senior Vice President of Focus on the Family. The Family Research Council is one of Washington's most respected centers for public policy. In ten years, Bauer led FRC from a three person, $1 million operation, to a 120 person, $14 million operation, housed in its own headquarters in downtown Washington.

Bauer took his unapologetically pro-family, pro-life message across the country in 1999 and into the 2000 Republican presidential debates and primaries. Stressing the sanctity of life and traditional marriage, Bauer made family-friendly policies and combating judicial activism key platforms of his campaign.

He has continued to champion these and other causes at American Values, a non-profit educational organization Bauer founded after the 2000 presidential campaign. From American Values Bauer has authored numerous op-ed pieces making the case for a federal marriage protection amendment and stressing the urgent need to rein in rogue judges. A vocal opponent of the “stealth strategy” for Supreme Court nominations, Bauer was an early critic of the nomination of Harriet Miers and enthusiastically backed Samuel Alito. During the Roberts and Alito Supreme Court confirmation hearings, Bauer was quoted more than one thousand times in newspapers across the country making the case for a conservative Supreme Court nominee.

A staunch supporter of President Bush’s war on terrorism, Bauer is also a leading Christian advocate for a strong and secure Israel. Since the atrocities of September 11th, Bauer has devoted considerable time and energy to strengthening the shared values of the Israeli/American alliance.

In 1973, Bauer received his law degree from Georgetown Law School in Washington D.C. He is married to the former Carol Hoke of Lancaster, Pennsylvania, and lives in Virginia. Gary and Carol Bauer have three grown children.

Articles
From Bias to Bigotry
October 25, 2014 |
Just War Theory and Enhanced Interrogation: How Christians Can Think about the Unthinkable
August 28, 2009 | 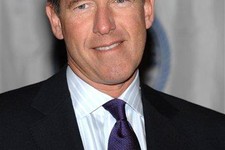